'I Was At Home, But': Berlin Review

A mother struggles to readjust when her missing son returns 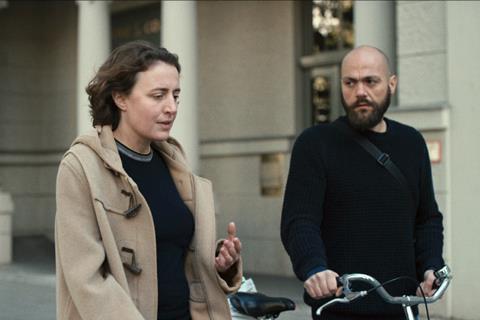 I Was At Home, But

“It’s unbearably bad cinema,” rages a key character in Angela Schanelec’s boldly unconventional but defiantly obtuse picture. And it seems likely that there will be plenty who will level that same charge at I Was At Home, But. Anticipating that response, Schanelec lays down a gauntlet in the same scene by having the beleaguered director of the “unbearably bad” picture counter, reasonably, that “You need to watch the whole film.” It’s a sly line which shuts the door before at least some of the walk outs from a picture which is formally daring, sporadically fascinating but almost aggressively unrewarding.

It’s a left field addition to the Berlinale competition, certainly, but it’s worth remembering that an equally divisive if not quite so perplexing picture, Adina Pintilie’s Touch Me Not, won the Golden Bear last year. Schanelec’s film will find vocal champions as well as detractors, which should ensure further festival interest. The title nods to Ozu, the execution has elements of Bresson. But, as a film which almost has a closer kinship with conceptual art than it does with most narrative arthouse cinema, theatrical prospects are less certain.

A 13-year-old boy disappears for an unspecified period of time and then, just as suddenly, reappears. The narrative, like the child, says nothing about the time he spent away from home but his filth-encrusted trainers and grubby skin suggests that he has been sleeping rough in the wilds. But although the film starts with the reappearance of Phillip (Jakob Lassalle), as a character he remains absent; a still, almost tranquil presence in the few scenes which feature him.

Instead, the story studies the boy’s mother Astrid (Maren Eggert). She buys a second hand bicycle from a man who speaks through an artificial larynx; she pays an impromptu visit to her son’s school to plead his case with a diatribe which wheels off into the surreal. She buys a case of water from a supermarket. She rages at her children; drifts around an art gallery. A key piece of information is revealed, almost incidentally – Astrid was widowed two years before. The family landscape is mined with still fresh grief which is apt to explode unexpectedly.

The impassive gaze of the camera – Schanelec uses locked shots and long takes which emphasise the space around the characters – makes no judgement about what is and what isn’t important in the telling of the story. Or even who the story is about in the first place; we peel away from Astrid to follow a young couple, a teacher from Phillip’s school and his girlfriend, as they struggle to reconcile their differing commitment levels to a shared future. And, for periods which seem unnecessarily extended, Phillip’s teenage classmates struggle through rehearsals for a school production of Hamlet.

What’s both intriguing and enraging about the film is the fact that it so defiantly rejects the language of cinematic storytelling; this is a film which is intended to upend audience expectations. It’s impossible to predict the direction the story will take or to second guess what the next scene might reveal. Schanelec resolutely refuses to give us the answers that we are conditioned to think are needed – or indeed any answers at all.