'In Between': Adana Review 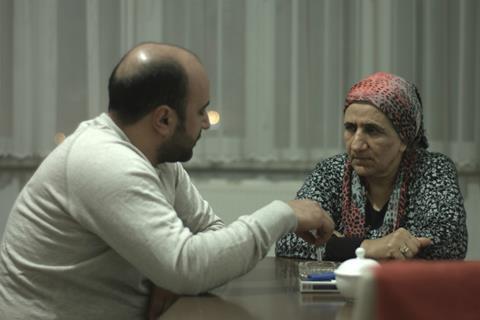 An intriguingly droll premise descends into an overly didactic tale about cultural and linguistic minorities in Kurdish director Ali Kemal Cinar’s latest medium-length feature, In Between. Cinar displays a deft control of tone, walking the thin edge between comedy of the absurd and a rather melancholy realism, but that is not enough to save what feels (to quote the title) like an ‘in between’ project for the prolific director.

Opening as a surreal parable of a car mechanic’s problems with language, women and multi-tasking, the film becomes preachy in a second half that spends too much time on explanations — as if Cinar did not quite trust his audience to ‘get’ the allegory.

The director specialises in odd, zero-budget parables of Turkish-Kurdish life in which he takes the lead role, including his last film, Genco, which was the surprise winner of the best film award at the 2017 Ankara International Film Festival. That was about a depressed superhero whose limited powers included such achievable miracles as repairing flat tyres. A previous feature, Hidden (Vesarti), explored the male bias of Turkish/Kurdish society via the high-concept story of a shopkeeper who is told he will turn into a woman on his 30th birthday.

Here, for once, it is not the director but his brother Osman Cinar who stars as Osman, the owner of a car repair workshop. He lives at home with his parents (played by the brothers’ real-life parents), who are keen for Osman to get married to a nice girl. But it gradually emerges the glum bachelor has two related problems that get in the way of dating. One is the fact that he cannot concentrate on two things at once: if, for example, a passenger asks him a question in a car, he has to pull over to reply. The other is linguistic: he can only understand people when they talk to him in Kurdish, but can only reply in Turkish.

A chance meeting will lead Osman to discover that he is not alone in suppressing his mother tongue — but it will also lead to the film’s quirky, humanistic story of an introverted misfit being hijacked by speeches about self-determination, and the way a people’s sense of identity and pride is intimately bound up with its language. That is a shame, as Cinar — who writes, shoots and edits all his films — has a distinctive voice, one that deserves a more self-disciplined script.