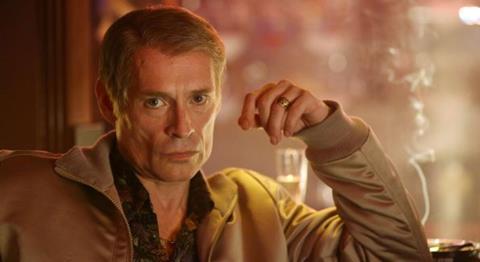 “Once a murderer, always a murderer?” That’s the philosophical question underpinning Jack, an accomplished, quietly compelling portrait of a convicted killer and whether he can escape the long shadows of his past or the expectations of a society both fascinated and repelled by his actions. Writer/director Elisabeth Scharang takes a rigorously unsensational approach to true events. She invites the audience to make its own judgement on the true nature of killer Jack Unterweger. Was his eager embrace of rehabilitation genuine or merely a clever act?

In many respects, the viewer’s reaction mirrors that of a society who could not accept that Unterweger might be a reformed character.

A complex central performance from Johannes Krisch maintains the film’s air of ambiguity even as a character study develops into a murder case. Domestic interest should be high when the film is released in Austria in September but the lack of familiarity with Unterweger and the subject matter could be a challenge in other territories making Jack a title more likely to attract substantial Festival attention rather than major theatrical sales.

Unterweger (Krisch) spent fifteen years in jail for the murder of a young woman one snowy, winter’s evening. Early scenes depict him as soft-spoken, domineering and coldly calculating. Actor Johannes Krisch has the cruel features and killer cheekbones of a Willem Dafoe or a Rudolf Nureyev. His manner is chilling and his ability to control accomplice Charlotte is entirely believable.

Unterweger spends his time in prison reading, writing poetry and preparing for a release in which he will mercilessly pursue his desire to be famous. He has shown no remorse for his killing. Soon, he has seduced an older woman who pays for his cavernous apartment, he has acquired a publisher for his poems and is dressing like some Tom Wolfe popinjay, doing photo-shoots for magazines and preparing to embrace his status as a media darling. He is more than ready to cash in on his notoriety and regards the fuss made of him with a wry detachment.

Krisch’s controlled performance and Sharang’s measured direction leave us regarding Jack with some disdain. There is no sympathy for this devil even as we learn a little more of his troubled childhood. The brooding, insistent electronic score from Austrian band Naked Lunch contributes to a sense of foreboding. No matter how successful Jack appears to be in his new persona, we constantly anticipate that something will go horribly wrong. In many respects, the viewer’s reaction mirrors that of a society who could not accept that Unterweger might be a reformed character.

When a number of prostitutes are murdered, Unterweger is an obvious and immediate suspect but by now the film has edged us towards having some sympathy for his declarations of innocence. Could he even be the victim of this story?

Krisch is very good at maintaining Unterweger as a man who is hard to like. He checks his appearance in mirrors and has an arrogant belief that he is God’s gift to woman. It is hard to see the appeal of such a sleazy narcissist but as one conquest tries to explain: “He shows a woman that he desires her.” It is only in showing Unterweger’s emotional extremes -a fast boiling anger and some unexpected tears - that Krisch seems a little actorly in an otherwise fastidiously judged performance.

Sharang is similarly composed throughout, carefully building her portrait of Unterweger and maintaining a distance that is expressed in abstract shots of various animals including a lizard struggling to emerge from a muddy forest path. Ultimately, she convinces us that Unterweger may have undergone a similar struggle as he attempted to rejoin an unforgiving world.