'Out Of Thin Air': Sheffield Review 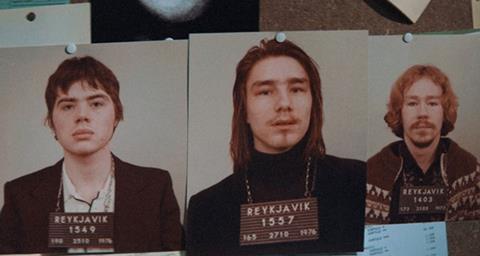 Out Of Thin Air picks apart one of the most notorious murder cases in Iceland’s history with forensic precision. Director Dylan Howitt combines diligent detective work in the manner of Errol Morris with dramatic reconstructions that have the look and tension of a fictional Scandi noir-style crime story. The result is a documentary that becomes a  fascinating, compelling thriller in its own right.

Combing through a major crime investigation, Out Of Thin Air also finds space to contemplate the wider issues raised over the pursuit of an unreliable truth and the pressures on a police force to deliver a swift resolution to a situation that now seems beyond solution.

More than one person describes the disappearance of teenager Gudmundur Einarsson and thirtysomething Geirfinnur Einarsson in 1974 as a loss of innocence for an Iceland that considered itself a law-abiding, close-knit community far removed from the evils of the world. Neither man’s body was ever found but the assumption of foul play triggered a sense of hysteria that had never previously been experienced in the country.

Six people were eventually sentenced for their part in the two murders. There was no evidence, no damning clues, no eyewitness accounts of what happened, just the statements made by the accused testifying to their own guilt.

An impressive roster of on-camera interviewees ranges from prison guards to policemen, journalists to forensic psychologist Gisli Gudjonsson, an expert in false confessions. Howitt begins with Erla Bolladottir, who served prison time for embezzlement and her part in the two murders. She now claims to have no clear memory that any of it every really happened or that any of her testimony was true.

Howitt diligently follows the time frame of events from Einarsson’s disappearance in January 1974 through a second disappearance, arrests, conspiracy theories, accusations, convictions and lengthy appeals over the past forty years. He uses television footage, police crime scene photos, dramatic reconstructions and extensive interviews to piece together a clear-sighted picture of what happened and the many issues that remain a mystery.

In terms of its pacing, focus and ability to condense complex information, Out Of Thin Air starts to resemble a David Fincher film like Zodiac. Staged scenes in the brutal wintry darkness of Iceland add an extra chill as you begin to accept that it is possible to construct a variety of different scenarios around the little that is know about the events in 1974. Those convicted of the murders might be entirely innocent.

Pictured in the media as the embodiment of evil and an Icelandic Charles Manson, the late Saevar Ciesielski served the longest sentence and spent his final years a broken man, protesting his innocence and trying to clear his name.

In the end, Out Of Thin Air makes a convincing case that truth and due process were early casualties in the quest for justice. The more information and testimony that Howitt gathers, the less valid the original convictions become. He still leaves many questions and unsolved mysteries but that seems to be the nature of the case and doesn’t detract from a fascinating, satisfying documentary.