Incisive documentary looks at the worldwide crisis in affordable housing 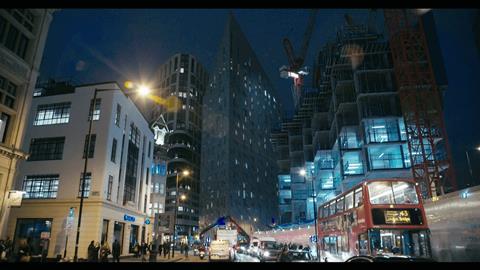 Affordable housing is a basic human right. That may not sound like a radical notion but it starts to sound more and more revolutionary in Push. Fredrik Gertten’s lively, approachable documentary on the global housing crisis should leave audiences feeling engaged, enraged and with plenty to discuss afterwards.

The latest work from the director of Bikes Vs. Cars (2015) and Big Boys Go Bananas (2011) brings a fresh eye to a timely issue, providing information and insights that viewers can readily relate to cities close to them. It seems certain to attract festival and theatrical interest following its world premiere at CPH: Dox.

Wide-reaching in its scope, Push reveals the way in which property has become a valuable asset that is traded without regard to whether ordinary individuals can still afford to live in major cities. Examples from Toronto and London illustrate the vast discrepancy between the increases in wages and house prices and the growing disconnect between the institutions who own property and the people who might want to live there.

There are tales of eviction by intimidation, communities torn apart and expensive properties that sit vacant and abandoned as they quietly accrue value for hedge fund investors and pension funds. We witness areas of London that are like ghost towns where properties trade hands for £20million or £25million but nobody actually lives there.

Commentators, including sociologist Saskia Sassen and economist Joseph Stieglitz, are quick to point out that the problem goes far beyond gentrification. Audiences will be all too familiar with the way poorer residents are squeezed out of an area as it becomes fashionable. This is a much more wide-ranging and deep-rooted issue.

A good deal of anger is directed towards Stephen Schwarzman, CEO and founder of Blackstone, a hedge fund that owns vast swathes of property around the world. In one archive interview, Blackstone’s Jonathan Gray admits that the silver lining of the 2008 economic crisis was the availability of cheap assets in the form of properties on which the mortgages were in default.

Potentially depressing material is handled with a light touch and a welcome edge of humour. One individual remarks that the appearance of vintage clothing shops is the first tell-tale sign that gentrification is in the air. Gertten presents his facts, figures and analysis with a clarity and pace that sustains focus. He also finds a figure of hope in Leilani Farha, a dynamic lawyer turned United National special rapporteur on adequate housing. Farha has made it her job to change the global conversation on housing. She is a tireless figure, gathering information, speaking out and trying to transform local initiatives into global solutions. She even secures an interview with Stephen Schwarzman that is cancelled at the last minute.

Farha does learn of schemes in Berlin and Barcelona that are part of a movement to regain control of the fabric of cities and protect housing supplies. That becomes the basis of her idea to bring city leaders together for a new movement called The Shift.

Push offers a sense of optimism that change is possible. More cynical viewers will question whether the unfettered actions of high finance and big business can really be successfully challenged. The value of Push is the way it opens eyes to a complex issue in a way that is accessible and thought-provoking.