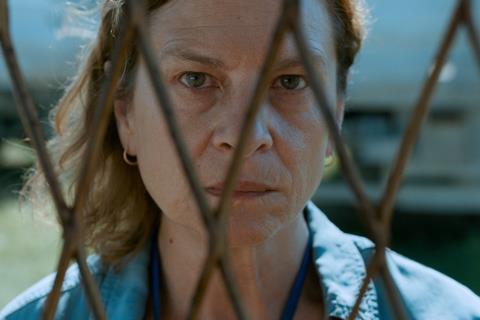 “Europe, Bosnia – July 1995”, reads the opening caption of Jasmila Zbanic’s powerful drama/denunciation of the events that led up to the massacre by Bosnian Serb forces of over 8,000 Bosniak civilians, most of them men and boys, in and around the town of Srebrenica. That word-order switch – “Europe, Bosnia” – becomes the leitmotif of a tense, compelling film that uses the true-life story of a UN interpreter to raise the question of how this genocide could have taken place on a continent seemingly hard-wired by history to never let this kind of thing happen again, under the watchful eyes of UN peacekeepers.

The energy and passion of Zbanic’s fresh, new, direct gaze at the conflict comes through in every frame

This is the first of Sarajevo-born director Zbanic’s films in ten years to directly address the war, and her first ever to be set (apart from a moving final coda) during the years of the conflict. Both Zbanic’s 2006 debut, Berlin Golden Bear winner Grbavica, and the follow-up, On the Path (2010) were about the its lasting traumas in present-day Bosnia, while since then, the director has explored other avenues, including Mamma-Mia-like romantic comedy in Love Island (2014).

The energy and passion of Zbanic’s fresh, new, direct gaze at the conflict comes through in every frame, partly due to the inspired casting of Serbian actress Jasna Duricic as Aida, an interpreter at the base outside Srebrenica manned by Dutch UN forces. Her loyalties are torn between job and family as she tries to save the husband and two young adult sons who have ended up among the Bosnian Muslim civilians placed under UN protection in this so-called ‘safe zone’. Throughout the film, Duricic modulates from competent professionalism and concern to steely determination to helpless desperation and terror.

Zbanic worked with Ida and Cold War editor Jaroslaw Kominski to give a breathless thriller pace to a story that is essentially about how the world can sleepwalk, knowingly, into tragedy. It opens on the eve of the capture of Srbrenica by Bosnian Serb forces under Ratko Mladic – played here by Boris Isakovic as a wily, image-conscious authoritarian. The Dutch UN forces led by moustachioed, ramrod-straight career soldier Colonel Karremans (Johan Heldenbergh) give the town’s civic leaders an assurance that airstrikes will be called in to prevent the invasion. Pretty soon, however, Mladic is strutting through the wrecked and deserted streets of the town, accompanied by a TV crew which is there to immortalise his every heroic gesture and speech. The Bosniak civilian population heads en masse to the UN peacekeeping compound of Potocari, where thousands are given refuge inside the base and thousands more, denied entry due to overcrowding, camp out just beyond the perimeter fence. Intepreter and sometime schoolteacher Aida finds her family split – her youngest, 17-year-old Sejo (Dino Barjovic), is inside, while her headmaster husband Nohad (Izudin Barjovic) and older son Hamdija (Boris Ler) are outside.

What follows plays out as a doom-laden three-way card game between a side with a pack consisting of 52 aces, a side playing an entirely different game called the Geneva Convention, and a side with no cards at all, just a mix of blind hope, fatalistic resignation and survival instinct. It’s Aida who embodies the latter, as it gradually dawns on her that the Dutch peacekeepers’ adherence to protocol and insistence on playing by the rules is just a figleaf covering what other armies would call surrender. But while the writer-director points an occasionally ironic finger at these nervous blonde soldiers in their shorts, and paints a picture of their commander, Karremans, as a man who first lets himself be hoodwinked by the charismatic Mladic (whose cigarette he fawningly lights at one point), then simply shuts the door of his office against the mounting evidence of atrocities, it’s also made abundantly clear that these besieged Dutch soldiers, who are out of food and fuel and out of their depth, have been betrayed by other invisible players in the international community who refuse to act, antagonise Serbia, or even answer the phone.

Aida is no saint herself. Her increasingly wild, frenetic attempts to save her family from a fate she foresees with increasing clarity are selfish, and distract her from a job which is also a duty – that of calming her fellow evacuees by acting as the voice of international reassurance and lawfulness. But paradoxically her human weakness becomes one of the film’s main strengths. Like the the glaring summer light which illuminates sweaty, tired faces amidst the ugly hangar-like buildings of the UN base, this driven woman’s mission becomes a universal story about the need to save something from the wreckage.