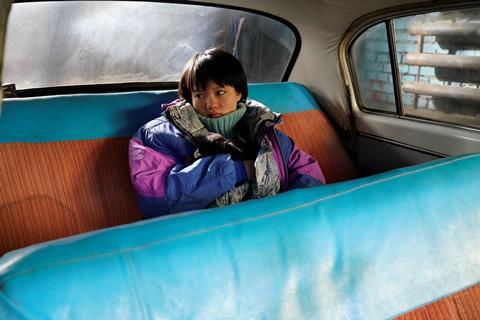 Having served a lengthy prison sentence, Ma Biao (Liang Jingdong) is, like the bell-bottom trousers that are handed back to him on his release, rooted in the past. He returns to his hometown, on the border between Russia and China, to search for his lost love Karinna, but finds little more than shadowy memories. Even so, he forges new friendships – with a Russian roommate who dresses as a clown in his spare time, and a young couple whose rocky relationship reminds him of his own with Karinna. This languid second feature from Zhang Dalei is an enigmatic mood piece which balances a tone of contemplative melancholy against firecracker bursts of violence.

More intent on cumulatively creating atmosphere than telling a story

Zhang returns to Tallinn after showing his first feature, The Summer Is Gone, at the festival in 2016. His debut went on to win Best Film at the Taipei Golden Horse Awards. More elusive in its approach than his debut, Stars Await Us has a slow-burning intrigue which should connect with further festival audiences and will likely appeal to viewers who responded to films like Gu Xiaogang’s similarly meditative Dwelling In The Fushun Mountains, or perhaps Bi Gan’s aqueous fever dream, Long Day’s Journey Into Night.

The setting, in an unspecified town, is some time in the 1990s, yet like its protagonist, the film seems slightly unmoored. Like modern day China, the town is in the process of tearing itself down, rebuilding and reinventing – Ma Biao is curtly informed that the place he called home has been demolished. “You live here now,” says the disinterested prison guard, thrusting an address at him. But there’s a vintage quality in the colour palette. The cinematography has been graded to pick out hues which evoke old film stock from the 1970s.

With its sparse dialogue and deliberate omissions, Stars Await Us can feel a little like a puzzle which is missing a few key pieces. It certainly demands an investment from the audience; while this might not uncover much in the way of conventional plotting, it is repaid by Zhang’s eye for an arresting image and his gift for finding beauty in the banal.

The realisation that Karinna has disappeared hits Ma Biao hard. Haunted by her memory, and by the spectre of an act of violence which – presumably – landed him in prison in the first place, he attempts to take his own life. He is thwarted by his roommate Su, a sweet-natured cop and an amateur magician who attaches himself to taciturn Biao with an almost puppyish enthusiasm.

When he encounters Wei (Zhang Ninghao) and his perpetually angry girlfriend Xixi (Huang Lili), Ma Biao sees in them something of his own reckless youth, and an opportunity for redemption. He steps in on Wei’s behalf, pleading his case with the gangsters to whom Wei owes money. Another connection, in this fragmented mosaic of a movie, is with the self-possessed woman (Hai Qing) who sells bread from a glorified shed.

With so little in the way of actual plot, it’s hard to say which, if any, scenes drive the story forward. But although the film is more intent on cumulatively creating atmosphere than it is on telling a story, it could possibly benefit from a tighter edit. There are only so many shots of a man smoking impassively against a backdrop of snow and disappointment that are strictly necessary.