‘The Last Ones’: Tallinn Review 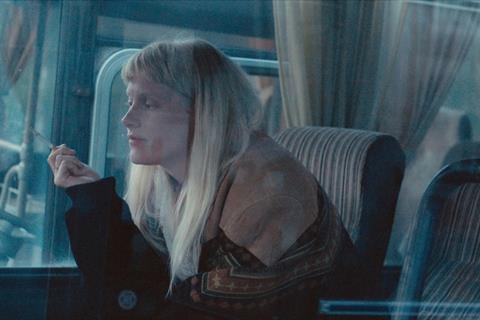 The horizons of Lapland’s tundra are vast and limitless. But the options for the people who scrape a living there, either as miners or reindeer herders, are rather more limited. Rupi (Paaru Oja) has a foot in both camps – he works as a miner but his father, a reindeer herder, is refusing to sell his land, land which is needed if the mining operation is to continue. Rupi is also caught in a romantic tangle – he yearns after Riitta (Laura Birn), the wife of his boozy deadbeat friend, but she has caught the eye of the manipulative boss of the mining company, Kari (Tommi Korpela). Veiko Ounpuu’s ‘Nordic Western’ falters slightly in the third act but vividly conveys a sense of place and of a faltering way of life.

Rather than the frontier pioneer community of a conventional Western, The Last Ones unfolds against a backdrop of stragglers, a bookend colony treated as expendable by the industry which chews it up. The film has been selected as Estonia’s entry for the International Feature Film category of the Oscars. Following screenings at Tallinn and at the Helsinki International Film Festival, it will be released in Finland, and should find a theatrical audience throughout the Baltic region. Elsewhere, festivals may beckon.

Saving up for a future which doesn’t involve working underground, Rupi has a lucrative sideline selling the kind of drugs that help wipe out the day’s toil and the niggling stress fractures of worry about a mine which is clearly on borrowed time. Evenings in the settlement are hedonistic: the woozy camera picks its way over prone bodies, eavesdrops on sodden confidences shared on the dancefloor. In its naturalistic account of the hard-partying, hard-working mining community, there’s a kinship with Rebecca Zlotowski’s nuclear power station drama, Central Station.

At the centre of the dancefloor, shockingly blonde and always clutching a drink, is Ritta. The camera is drawn back to her time and again. And on the rare occasions it tears itself away, we get to see the glum stares of the single miners who gaze at her in mute, beer-numbed envy. Kari, the boss, uses his status to buy her attention – he promises jobs and opportunities that Lievonen (Elmer Back), her sad sack husband, could never hope to match. The build of tension can only be resolved with violence. But when it comes, rather than move the film forward, it knocks the story off track.

The Last Ones is something of a tonal conundrum, with eclectic music choices throughout frequently nudging it in an unexpected direction. Some choices work beautifully – a sparse, jangling electronic score combined with use of freeze frames brings a retro 1970s vibe to the opening titles. Elsewhere, cheesy tracks by Roxette prompt drunken bar singalongs, and the Birds’ version of ’Lay Lady Lay’ accompanies a suicide by dynamite. A disintegrating party, at which Rupi and Riitta sneak a covert kiss or two, gets something more chilling: deconstructed and primal, it sounds like an orchestra in pain. But the use of Japanese Kabuki theatre music feels like a quirk too far. Sound design works in tandem with the score, anchoring the film with a persistent seismic rumble which evokes not only the caverns blasted underground but also the sense of a way of life which is in the process of crumbling.