'The Other Side Of Everything': IDFA Review 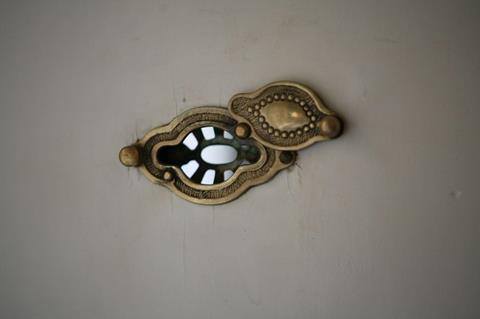 Doughty, chain-smoking Serb activist Srbijanka was two years-old when Tito’s communists arrived at her parents’ roomy bourgeois apartment in central Belgrade in the wake of World War II and nationalised the living space, inviting two other families to move in. Internal doors were locked and have remained so for more than 70 years, with only the noise and smells of cooking filtering distrustfully through. That and the click-clack of the security keyhole being moved in the Serb capital’s ever-watchful atmosphere.

Serbia is a place where a Census-taker asks ordinary civilians the question: “Have you had links to terrorism? What about genocide?”

The apartment’s history gives Srbijanka’s daughter Mila Turajlic a frame on which to hang her story of Yugoslavia and Serbia over the last century, yet her tireless mother is the film’s real, thought-provoking star as she casually details her part in the eventual overthrow of the monstrous Slobodan Milosovic and her thoughts in the wake of his departure. Recalling the bitter, terrible civil war which made her country an international pariah, subject to sanctions which left supermarket shelves empty, she warns Mila: “You don’t believe how it all can begin….until it begins.” Astute viewers, either on the festival circuit or the VOD outlets which are this film’s natural home, will find her words strike a chilling chord.

Srbijanka came from defiantly bourgeois stock; both her parents were lawyers and her grandfather had been party to the formation of the Kingdom of Serbs, Croats and Slovenes, later Yugoslavia. Her heirlooms in the reduced, two-room apartment pay tribute to a comfortable past, from the silver she polishes to the genteel tea service from another era. Squat and forceful, Sribjanka was drawn to the student protests of 1968 in Paris but denied the opportunity to study law at home because she was not a member of the Communist Party. Pro-Serbia and pro-democracy, she became a professor of mathematics at the University of Belgrade and found herself restlessly, ceaselessly agitating for a better Serbia.

The apartment, with its sealed-off rooms and spy holes, sits in the centre of political Belgrade – opposite the MOD (bombed in 1999) and the Supreme Court, and Srbijanka was one of the first to see the threat posed by the charismatic Milosovec and one of his most tireless opponents, leading her students to rally and eventually overthrow him. This old warrior sounds tired and disillusioned now, however, just as her house may be opened up again: she’s been called a Serb-hater and an enemy of the people in the current regime.

Serbia is a place where a Census-taker asks ordinary civilians the question: “Have you had links to terrorism? What about genocide?” Srbijanka’s apartment speaks in whispers of a ghastly past and her experiences have led her to expect little of populist figureheads and their movements or their inevitable overthrow. She urges her daughter to step up and be watchful in her place, yet Mila has doubts, and the whole of this gently probing film marks their expression. It’s also a strong-minded tribute to the woman at its core and people like her who risked their own lives to make their world a better place, and, she seems to posit, have failed over the long-term despite ostensible short-term success.