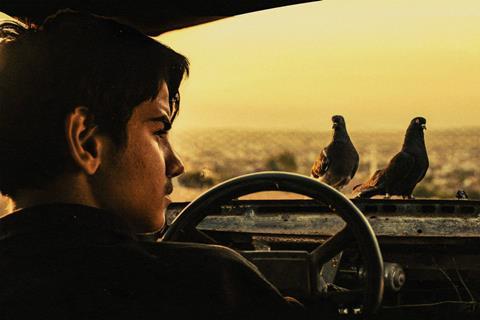 A deadbeat teenager is unexpectedly moved by the plight of a fatherless eight-year-old boy and goes on a pigeon-stealing crime spree in order to raise money for the child. A first feature from director Osman Nail Doğan, The Pigeon Thieves is handsomely photographed but sparsely plotted. Still, it gives a persuasive glimpse into the lives of a group of men and boys in the outskirts of Sorgun, Central Anatolia, whose passion for pigeons comes at the expense of pretty much everything else in life.

The film’s main asset, and the element which is most likely to connect with audiences, is the photography

It’s a passion which is destined to remain a mystery, as the film does little to convey the allure of the birds to the obsessives who collect them. Nor does it attempt to colour the characters with much in the way of depth or back-story. They are defined by their bird-fancying and little more. And it’s this featherlight plotting and character development which will be the main impediment to the film connecting with an arthouse audience outside of the festival circuit.

The film’s main asset, and the element which is most likely to connect with audiences, is the photography. The setting is a parched, unremarkable scrub of land on the periphery of the city. But the dust kicked up from the roads and fields gives the film a gauzy glowing quality, a softness which is in direct contrast to the sharp edges of hardscrabble lives. The film makes particularly effective use of the birds’ wings – there are numerous gorgeous shots of the sun filtered through a fan of feathers as pigeon fanciers hold them up for appraisal.

Sixteen-year-old Mahmut (Seyit Nizam Yilmaz) reveals a gentleness when he handles a bird which is noticeably absent elsewhere in his life. With his closed face and short fuse, he draws wary looks from the ragtag band of teenage fellow bird fanatics that pass for friends. Together with his gang, Mahmut carries out nighttime raids on other pigeon fanciers’ coops. The stolen birds are either incorporated into his own flock, or sold on at fiercely competitive pigeon auctions.

But something penetrates Mahmut’s razor wire emotional defences when he overhears the mother of Ismail talking about her financial ruin since she was deserted by her husband. Ismail’s plight strikes a chord – a brief scene showing Mahmut scrutinising a dog-eared photo of a man suggests that he, too, was abandoned by his father. And Mahmut shares with Ismail the most precious thing in his life – his love of pigeons. Somewhat less helpfully, he also shares with Ismael his amoral approach to acquiring the birds, dragging the eight-year-old out at night to help with pigeon thieving activities.

It’s not much of a redemptive arc but, by the end of the film, Mahmut’s compulsive pigeon-nicking is at least for the benefit of someone else. He sells the birds to buy bricks so that Ismail and his mother can build the house that was abandoned when his father upped sticks. And he cares enough about the child’s future that he is willing to give up his own. When he steals from shotgun-wielding bird nut Dotti, Mahmut knows that he can’t stay in the city and expect to live peacefully. The final shot, of Mahmut looking suddenly very young and vulnerable as he clutches a cardboard box of birds on a bus, is one of the film’s most powerful moments.