‘You Are Not My Mother’: Toronto Review 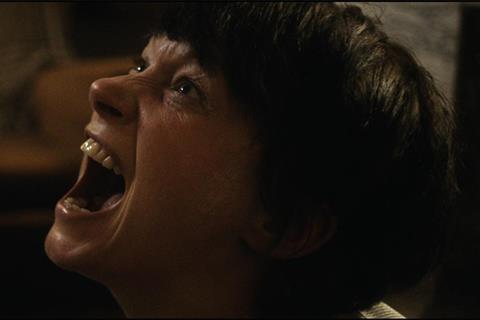 After her depressive mother disappears, teenager Char (Hazel Doupe) fears the worst. But then Angela (Carolyn Bracken) returns, inexplicably changed for the better. More engaged with her daughter, more fun to be around. More unpredictable and impulsive. Char embraces the shift in their relationship, trying to quell the mounting doubts about the fact that she no longer recognises the woman who claims to be her mother. This folklore-infused Irish horror from Kate Dolan crafts an unsettling atmosphere in which the banal and the uncanny co-exist. More concerned with creating a slowburn of discomfort than with deploying jumpscares, it is driven by first-rate performances from Bracken and, in particular, rising star Doupe.

You Are Not My Mother is the latest Irish picture to weave regional legends into the broader horror genre, sharing a theme of fae malevolence with films like UK director Corin Hardy’s Irish-set The Hallows and Lee Cronin’s The Hole In The Ground. There’s also a kinship, in the picture’s exploration of the horror of mental illness in a loved one, with Natalie Erika James’ Relic. Effectively spooky and unflinching when it comes to the depiction of some particularly grim school bullying, You Are Not My Mother should find a home with either a specialist distributor or streaming platform. It’s a promising feature debut for Dolan, whose short film, Catcalls, won the 2018 Emerging Directors Award in Ireland.

The picture opens with a wide shot which looks as though it could have been lifted from the portfolio of the American photographer Gregory Crewdson. A single streetlight offers a wedge of sulphurous illumination, a contrast to the foreboding gloom of the suburban street around it. And in the street, abandoned, is a pushchair containing a gurgling baby. As we watch, a figure hobbles towards the child, grasps the handles of the stroller and hurries away with it, deep into the woods. What happens next sets the tone for a film which is steeped in superstition, arcane ritual and a flagrant disregard for fire safety protocols.

The explanation for the scene comes much later in the film but it’s clear from the outset that Char’s home life is not a happy one. The house, with its tainted yellow walls and twisted, twiggy amulets woven by her grandmother “for protection” is a soul-sapping space. A debilitating sadness has rendered Angela bedbound, unable to care for herself let alone her daughter. The unhappiness of her family life rubs off on Char like a stain, marking her out of cruelty from the spiteful circle of bullies at school. But when her mother returns after her mysterious absence, her new wildness of spirit inspires Char to stand up to her tormentors, further aggravating the situation.

Dolan offers glimpses of something monstrous through Char’s dreams, and caught fleetingly in mirrors and reflections. But for the most part, the film’s suspense builds in Doupe’s superb, self-contained performance and in her wide, expressive eyes. Complementing Doupe’s intense interiorised turn, Bracken’s performance as the person who may or may not be Angela is equally effective; all jagged physicality, jerking animalistic lurches and cracking joints – the film’s sound design adds a queasily unnatural aural component. And while the picture’s climax requires several of the secondary characters to act in a way which strains credibility a little, the authenticity of these two intriguingly contrasted mother and daughter performances keeps the film on track.