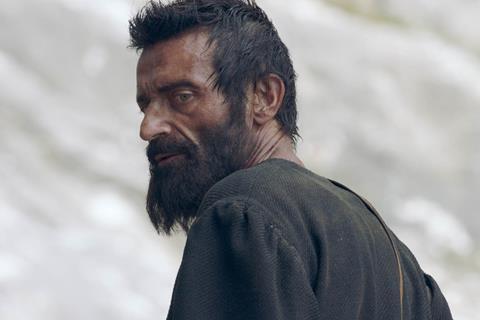 The veteran, Oscar-nominated director Andrei Konchalovsky’s sumptuously shot, rowdy, warts-and-all portrait of the artist Michelangelo, Sin (Il Piccato) shows that, at 82, the mercurial director has lost none of his ability to surprise. Having stated his desire not to make a traditional biopic – no The Agony and the Ecstasy here – Konchalovsky proves true to his word, delivering an almost revisionist approach in that it denies viewers the cosy, romanticised company of a great artist. Sin shows Michelangelo (Alberto Testoni) as a “divine scoundrel”, a demented, ducking-and-diving wild man, tormented by his perceived failures.

A fascinating portrait of an artist fighting to survive

With 70 percent of its $18.8m budget coming from Russian businessman Alisher Usmanov’s Art, Science and Sport Foundation, and the rest from the Russian culture ministry and Italian co-producer, Sin premiered at the Rome Film Festival in October, followed by a special presentation in Tallinn. Walt Disney Studios/Sony Pictures Releasing will release the picture in Russia and 01 Distribution in Italy, with ARRI Media handling sales. An Italian cast and slightly mannered, histrionic style will present challenges, though Konchalovsky’s rep and a comparatively rare account of the revered artist could see this enter the same arthouse doorways as Julian Schnabel’s recent At Eternity’s Gate.

Konchalovsky and co-writer Elena Kiseleva focus on the period of the Renaissance master’s career when he was trying to juggle, or manoeuvre between the conflicting demands of two warring dynasties. At the Vatican, Michelangelo (Alberto Testoni ) has just concluded five years of work on the Sistine Chapel, for Pope Julius II (Massimo De Francovich). When the Pope dies, his family the Della Roveres insist that Michelangelo complete his tomb, another monumental task. He sets off to Carrara to acquire the vast quantities of marble he needs. But the Medicis, with their own corpulent Pope, Leo X (Simone Toffanin), now in place, will soon lure him away with the offer of designing the San Lorenzo Basilica.

With his creviced cheeks and pointed black beard, Testoni is a very good likeness for the artist (unlike The Agony And The Ecstasy’s Charlton Heston, who may have been better cast as one of his sculptures), while his blazing eyes add a sort of Rasputin fearsomeness. His is a decidedly down-at-heel genius, unkempt and filthy, angrily riling at the fact that he’s creating “all this beauty for whoremongers, tyrants and assassins”, yet pocketing mountains of their gold and often siphoning it away for his own purposes.

His demeanour noticeably changes in Carrara, however, becoming calmer and more human. While Konchalovsky shows very little art or process, the scenes in the countryside – focussed on the material rather than what is made of it – offer an intoxicating insight into an artist’s inspiration.

When Michelangelo first reaches the mountains, he scales a cliff and sleeps with a hunk of marble; the next day he’s abseiling back down to survey its potential. The long passage of the film in which he and his stone cutters calculate how to lower a massive piece down the mountain, followed by the exercise itself, crackles with the toe-curling danger of the feat; whatever the reality of the shooting, there’s a small echo of Herzog’s adventures in Fitzcarraldo and Aquirre.

Cinematographer Aleksander Simonov’s impressive work is at its best here, exquisitely complementing the white of the marble with the grey, beige and browns of the men’s work clothes, taking the breath away as the giant stone teeters on the precipice or the marble shimmers in the moonlight.

Feet back on the ground, Michelangelo is embroiled in skulduggery, politics and a half-hearted interest in one of his male assistants. While the Della Roveres and Medicis seek to destroy each other, he seems untouchable; he can berate the Inquisition, cheat his patrons and condemn and betray his fellow artists with little consequence. His art gives the man a free pass.

The skill of Testoni’s performance is to maintain the gleam of passion and seriousness behind the rough-hewn, manic facade. The “agony” of this deeply religious artist is revealed in a reverie involving the ghost of his own hero, Dante. “I wanted to find God, but I only found man,” he sighs. Rather than praying in front of his work, they have “sinful thoughts”.

Konchalovsky frames his life of an artist in the boxy 1:1.33, which appropriately lends some scenes the semblance of tableaux. Production design and cinematography conjure one viscerally compelling vista after another – whether beauteous landscape, or Roman and Florentine streets that are dilapidated and disgusting, in which characters take part in that very medieval pastime of evading the waste thrown out of windows upon them.

Dramatically the film can feel a little one-note and overlong. But it stands comparison with Derek Jarman’s Caravaggio as a fascinating portrait of an artist fighting to survive in the cut and thrust of times quite unlike our own.