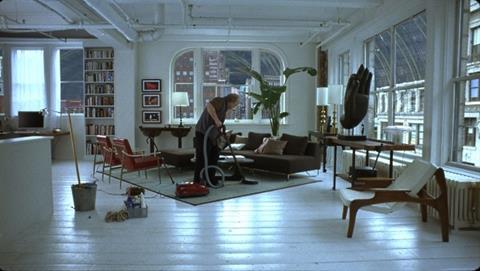 Charlie Kaufman is a past master of ingenious conceits and wild flights of fantasy as witnessed particularly in Being John Malkovich and Enternal Sunshine of the Spotless Mind. His talent has always been filtered through the vision of a sympathetic director but with Synecdoche, New York he assumes the director’s role for the first time. The result is a film of staggering imagination, more daring in content than form as it explores the unbearable fragility of human existence and the sad inevitability of death.

Flashes of comic genius and melancholy insight into the human condition are woven into an increasingly elaborate canvas in which the boundaries between artifice and reality are slowly erased. Mainstream audiences are likely to find it simply too weird and unfathomable for their viewing pleasure but surely nobody expected Kaufman to make What Happens In Vegas’ Fans of his previous work, admirers of actor Philip Seymour Hoffman and open-minded curiosity seekers should be enough to give the film a fighting chance of box- office returns on a level with previous Kaufman screenplays.

Synecdoche begins with material that lulls the viewers into the false expectation of a much more conventional film. Theatre director Caden (Hoffman) is staging a production of Arthur Miller’s Death Of A Salesman and all around him there are a signs and portents reminding him that life is short, death is always around the corner and time is running out to leave his mark on the world. His young daughter is concerned by the colour of her poo and his wife, artist Adele (Keener) confesses that she has fantasized about Caden dying and having the freedom to start over. This is the stuff of a Woody Allen comedy or a Philip Roth novel and written with the kind of bitter wit and eye for the offbeat that makes it both extremely funny and engaging.

The mood changes as the story gains in confidence and scope. In reality this is more like a sprawling John Irving doorstopper on life, love and death than a Philip Roth tale and there is a very literary quality to film’s belief in the value and precision of language.

When Adele leaves for Germany and never returns, Caden is given a grant to create his masterwork and sets about devising a play in New York that will be the summit of his career. The creation of the play consumes decades of his life, absorbing incidents and characters from his everyday existence into the fabric of the piece. Along the way, he experiences love, loneliness, loss, death and utter dejection.

Kaufman directs this sprawl of ideas, twisted chronologies and bitter regrets with a tightly disciplined control of the material. As the laughter fades and the profundity takes over, Synecdoche may feel over long but everything plays a part in the bigger picture. The few touches of visual eccentricity include a house that is permanently smoking and licked with flames that is bought by Hazel (Morton), a box- office assistant who becomes one of the key women in Caden’s life. Caden’s magnum opus becomes something of a visual joke in itself as the sets grow to include a virtual recreation of Manhattan and characters multiple with actors hired to play Caden and Hazel starting their own stories that provide both parallels and alternatives to Caden’s life.

Synecdoche is about one man’s lifelong struggle to understand the meaning of his existence. Unadventurous audiences may feel the film is a two hour struggle to understand the meaning of its intentions but as the story appears to move in ever decreasing circles, it remains incredibly engaging and ultimately very moving. Hoffman gives a bravura performance that provides the film with all the focus it requires, capturing everything about Caden that makes him immensely sympathetic and instantly recognizable as a symbol of everyone on planet earth who is finn.listruggling with the challenges of being human.