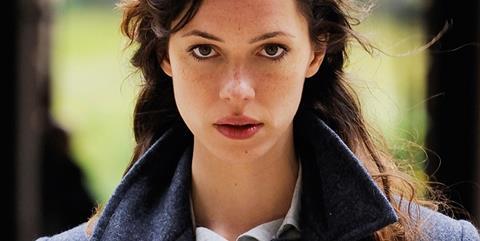 The Awakening is an ambitious attempt to emulate the celebrated ghost stories of Henry James, Charles Dickens and M R James. It shows some skill at closely guarding its true nature and anyone expecting a British variation on The Orphanage might be surprised to discover more of a psychological period drama that a full-blooded spinetingler.

The Awakening needed a bit more flamboyance and flair to really make it fly and propel the audience to the edge of their seats.

A sense of mystery is well established and nicely sustained although the eventual revelations are an anti-climax. It also has the feel of a well-heeled, well-behaved television production and may be too restrained for genre fans yet not quite to the taste of the Downton Abbey fans. StudioCanal face the tricky challenge of identifying a receptive audience when they release The Awakening theatrically in the UK in November.

The Awakening does feature a terrific performance from a spirited Rebecca Hall as Florence Cathcart, a woman dedicated to exposing the fake spiritualists who find easy pickings among the vast numbers of people who lost loved ones in the First World War and the influenza epidemic that followed.

She strides into action like a combination of Van Helsing and Jane Marple as she briskly unmasks another imposter. Her own sense of loss means that she would dearly love to believe in something beyond the grave but her sharp, logical mind makes her all the more diligent in tracking down anyone who seeks to deceive the gullible.

Florence receives a visit from schoolmaster Robert Mallory (Dominic West) begging for her help at a school where the boys live in fear of a ghost. She reluctantly agrees and appears to find a perfectly logical solution for what has been happening until she senses a deeper secret hidden within the recent history of a building that was once a family home.

All of them may be damaged in some way but it is Florence who starts to doubt the evidence of her own eyes and the soundness of her mind when things inevitably start to go bump in the night.

The Awakening has an intriguing enough plot but director Nick Murphy is too cautious in his approach to the material. The old school is never as atmospheric or suffocating as the building in The Orphanage and any attempts to make the audience jump are relatively ineffectual. The Awakening needed a bit more flamboyance and flair to really make it fly and propel the audience to the edge of their seats. Instead, it is diligent and entirely respectable but just never very thrilling. The final twists in the tale are mildly confusing and lack the impact that might have been expected from such melodramatic events. In the end, The Awakening doesn’t quite deliver the goods.