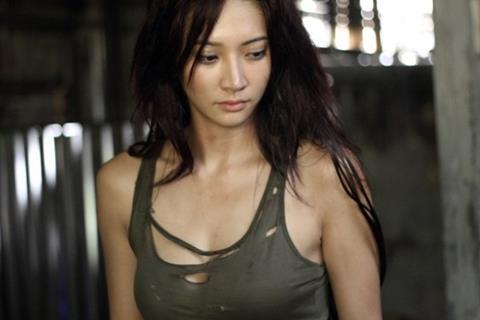 Billed as ‘the first genre movie combining apocalypse and zombie in Chinese film history’, the freewheelingly clumsy Zombie 108 may well deliver the expected blood and gore to keep horror fans happy, but it staggers and collapses when it comes to adding story or dialogue to this most over-exposed of horror genres.

The zombie mayhem is nicely staged in sections.

What the promotional material fails to mention is that the film even gets a little bored with its traditional shambling zombies vs. humanity plot, and decides to spice up the action with a little martial arts action, parkour tumbles and even a torture-porn subplot. And all in under 90 minutes.

A virus had leaked in Taipei and the government orders army and SWAT teams to oversee evacuation, but in Ximending, the downtown area of Taipei defined by dens of crime and sleaze the local gangs don’t take kindly to the police at their door. Initially they attack the SWAT teams, but when both gangsters and cop find themselves under attack by flesh-munching fiends there is an uneasy alliance as they try and escape.

Meanwhile Linda (model Yvonne Yao) tries to escape with her daughter and after being picked up by a car thinks her problems are over. In fact she has been picked up by a deformed pervert who locks up women in his basement for his sexual pleasures as well as torturing and deforming men. Action comes to a head when cops and gangsters end up at the weirdo’s apartment. Oh yes…there is also a serial killer who turns up there as well, just to complicate matters.

The film starts well enough with the zombies (of the slow-moving variety) enthusiastic in their munching techniques and the cop’n’crooks liberal in their gunfire. Sadly, though, after that the action is only adequately staged and the script pretty poor. The women all tend to favour short-shorts and crop tops (whether they be cops, dancers or passers-by) and the casual sexploitation is more than a little uncomfortable.

The ‘108’ of the title is never actually explained, though it may relate to the 108 defilements mentioned in Buddhist literature. Though equally it could simply be the amount of zombie bodies that one survivor uses in the best scene of the film to spell out the letters S-O-S to try and attract a passing helicopter.