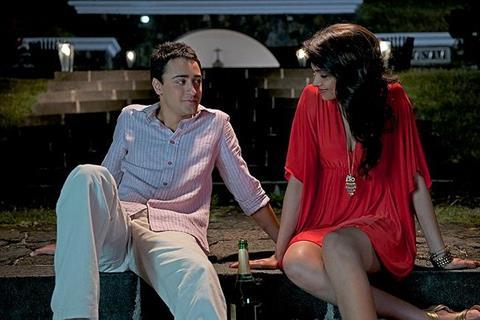 The story of two lovers separating, only to finally walk down the aisle has been done to death in Indian cinema, and Danish Aslam’s Break ke Baad offers little new to the formula.

The film opened well internationally, but dipped in its second week with a gross of just over $5.5 million.

Abhay Gulati (Imran Khan) and Aaliya Khan (Deepika Padukone) meet as children and grow up watching Bollywood blockbusters like Kuch Kuch Hota Hai and Mr India. Unfortunately, an adult Aaliya seems to chase dreams that only come true on celluloid, while Abhay appears to have left them behind.

So, they decide to split, but promise to get together again after a suitable space of time.

The break seems mainly an excuse to take viewers on a tour of Australia, where Aaliya decides to study, getting distracted by modelling and movie assignments as well as romps on the beach and boisterous parties.

Some stunning images of the Gold Coast and a sexily attired Padukone struggle to keep the film afloat, though things finally start moving again when a lonely Abhay arrives.

It is not very difficult to predict how the movie will turn out, but apart for Padukone, who appears naturally easy and charming, most of the cast sleepwalk through the 133 minutes running time. Imran Khan looks utterly bored, with an irritating deadpan look, and it is not difficult to guess why Break ke Baad has had such a poor box-office showing.