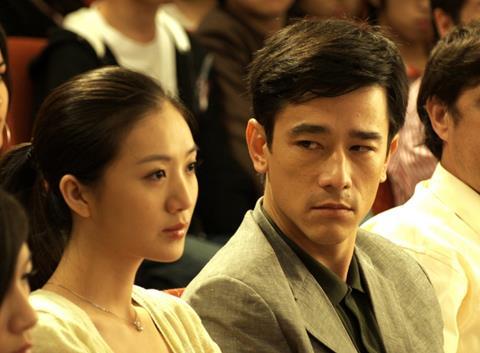 Plodding and unrelentingly sombre, Chinese film Diago dwells on the notion of family and ancestral roots, set against the backdrop of Macau in 1999 when the territory was about to be returned to mainland China. Its lead characters moodily mull over their mixed ethnic background, never cracking a smile, as this rather uninteresting drama labours it obvious points.

The film could well feature on the festival circuit, where its historical aspects and muted drama may gain some respect.

Though elegantly shot and making good use of Macau and Lisbon locations, the film directed by Chi Zhang (who made The Shaft [Dixia de Tiankong] in 2008) never really any dramatic resonance, despite the best efforts by the leads.

Policeman Diago (Carl Ng), who spends most of working time on passport control duty, is determined to find who his real father is (his mother had an affair with a Portuguese singer). He also declines to take mandatory Mandarin language lessons as part of the upcoming handover.

He begins a tentative relationship with Li Nian (Wang Xiao), the beautiful young teacher giving the Mandarin lessons, who hopes to track down the Macao boyfriend with whom she has lost contact. Meanwhile Diago’s friend Peter (Carlos Ernesto Koo Ayala) is trying to raise enough money to move to Portugal.

The film, which had its world premiere in the main competition section of the Karlovy Vary Film Festival, could well feature on the festival circuit, where its historical aspects and muted drama may gain some respect, but it is unlikely to feature on any distributor lists.