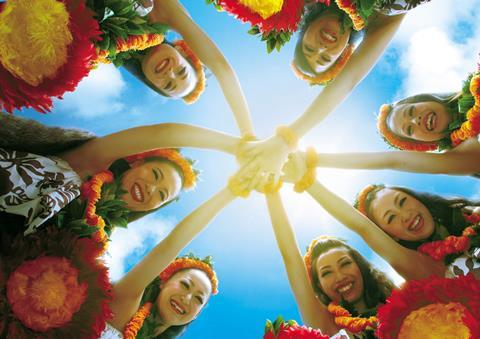 The stark and harrowing implications of the earthquake that rocked Japan in March this year are shown in the unusual context of the impact on the holiday resort of Spa Resort Hawaiians in Iwaki in Fukushima Prefecture, and in particular the resort’s Hula Girls, one of the big attractions of the holiday spot. Following the story of the resort’s attempts at recovery allows a fascinating glimpse into the horrors of the disaster.

Quite whether it can fully recover from the media worries and negativity around the region remains to be seen, but Fukushima Hula Girls at least tries to be positive.

The film, directed by Masaki Kobayashi, details the people who try to rebuild their particular paradise in the Tohoku region that was hit by four disasters – the earthquake, tsunami, nuclear accident at the Fukushima plant and harmful rumours. Kobayashi managed to shoot and edit the film in time for a world premiere screening at the Tokyo International Film Festival.

The irony is, that the region has had to rebuild and redefine itself once before. The Spa Resort Hawaiians was built in 1966 to try and revitalise the former mining town of Iwaki, with local miner’s daughters learning how to be hula dancers to perform at the resort. Their story was detailed in Sang-il Lee’s engaging 1996 film Hula Girls, which starred Yu Aoi, who handles narration duties in Kobayashi’s documentary.

After the earthquake and aftershocks the resort was badly damaged and had a substantial rebuilding process. The managers – all resplendent in matching Hawaiian shirts – also realised they would have to stage a major PR campaign to convince people to re-visit the resort, especially with concerns around radiation. And so the Hula Girls are sent out on tour to perform, teach and spread the good word about the resort.

Immediately after the earthquake the resort acted as home for scores of local people whose homes were badly damaged or they were evacuated from the nuclear exclusion zone, with the management treating them as guests. When rebuilding work was done to the extent that re-opening can be planned, these locals move out politely, making sure that the rooms they had used were as tidy as when they first moved in.

The film also cuts in footage of the earthquake and its damage to the community, though ends on a positive note as Spa Resort Hawaiians reopens to grand fanfare – and with a lot of supportive bookings from families who have holidayed there over the years – and the Hula Girls perform once again. Quite whether it can fully recover from the media worries and negativity around the region remains to be seen, but Fukushima Hula Girls at least tries to be positive.