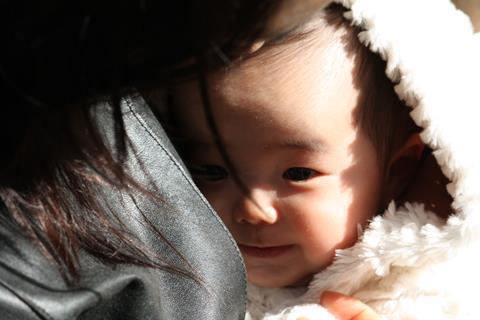 Childbirth goes zen with extreme and serene tactility in Genpin, veteran Naomi Kawase’s unornamented ode to natural birth and to a gentle Japanese obstetrician who has made it his life’s vocation.

Yoshimura’s approach to childbirth is as bare-boned as the rough-hewn surroundings.

Genpin blends the ecological with the personal, which should give it a solid berth on the festival circuit. Art house bookings could be a reach for this documentary, although it is sure to end up all over European television.  US channels may be too squeamish about vivid birthing scenes.

The film is an extended visit to the bare-boned wooden clinic of Dr. Tadashi Yoshimura, who has attended more than 20,000 natural childbirths in a 40-year career. Yoshimura’s approach to childbirth is as bare-boned as the rough-hewn surroundings. Without ritual sanctimony or faux-minimalist mannerisms, in statements that are not much longer than haikus, the bearded physician/sage counsels his young women patients on the wonders of nature and the perils of modern medical practice.

Kawase’s documentary is not a debate on how to bear a child, but a celebration of an approach that all in the film agree to be the best. Based on what we see, the approach works effectively, although we don’t see any evidence to the contrary.

In between utterances from the epigrammatic doctor, young women who bore children in hospitals tell stories of the misfortunes there that led them to Dr. Yoshimura’s clinic. They look and sound like converts to a new religion.

We watch as some of the women give birth at the clinic, lying on mats on the floor, sometimes with their other children watching quietly. The experience couldn’t appear more different than the writhing explosive labor associated with childbirth in the West.

Shot on HDCAM by Kawase, the image has a soft 16 mm–style look that befits the educational tone of testimony from doctors and patients, giving the film the nostalgic instructional feel of docs from the 1960s. The camera punctuates its exploration of natural birth with cutaway shots to the wind blowing through the trees, and to women working in the clinic’s garden. Love your garden, love your body, is the gentle unsubtle message.

Beyond the film’s hymn to things natural (and the poignant horror stories of conventional treatment) there’s an odd military and cultish feel to the clinic under scrutiny. Pregnant women squat up and down fervently indoors and out, and one special exercise is a squatting wood-chopping drill with a huge axe. You can only imagine what a satirical gore director might make of the opportunity.

Testimony at the clinic, which resembles a field hospital (minus any technology), can seem like confessions in a re-education camp. Even the patients raise the fear of leader-worship, and question whether Dr. Yoshimura, however tender, is in fact a dictator.

Editing is generally serviceable, even crude, but it can also be graceful as the camera lingers on childbearing scenes or in observing how children watch other children be born.

Audiences who through the doc come to admire Dr. Yoshimura may still find it a strain to accept his notion of death as gentle final experience, or share his eagerness to experience it. Yet it shouldn’t be a surprise that the logic of Kawase’s film takes you to that ultimate destination.