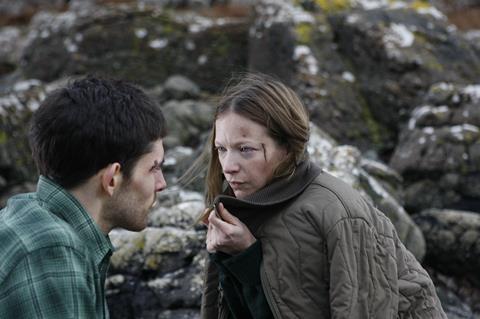 Psychological drama Island is an intriguingly staged story of love and hate between a brother and sister set against the moody backdrop of a remote Scottish island. It features a suitably edgy series of performances and a bleak charm that could appeal to festivals.

Island is subtly played, has just a few moments of dark humour and has the expected mildly shocking ending.

The film could be a tough sell for distributors, though the casting of Natalie Press (from My Summer Of Love) and acclaimed actress Janet McTeer will make it more intriguing, with a broadcast berth a strong possibility, along with a platform release in Scotland.The film premiered at the Glasgow Film Festival.

Nikki Black (Press) was abandoned at birth and has spent her unhappy life in a series of foster homes, with fairy tales her only escape. She tracks down her birth mother to a Hebridean island, resolving to confront and kill her.

She rents a room at her mother’s remote house, but discovers that Phyllis (Janet McTeer) is seriously ill. Nikki also finds out that she has a half-brother, Calum (Morgan). Spending time of the bleak island, she finds herself increasingly drawn to her strange and beguiling brother, who shares her passion for myth and legend, but there are dark secrets to be revealed by her mother.

Based on Jane Rogers novel, Island – which was previously titled The Sea Change – is subtly played, has just a few moments of dark humour and has the expected mildly shocking ending. Janet McTeer brings her usual degree of class, while Natalie Press is perfect as the haunted and troubled young woman searching for both answers and closure.

Screenplay: Elizabeth Mitchell, based on the novel by Jane Rogers