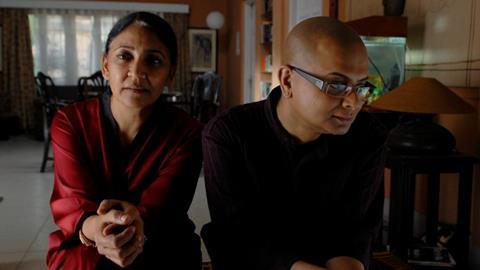 Memories In March’s core plot of a bereaved parent is not exactly novel in Indian cinema. One has seen an excellent version of it in Mahesh Bhatt’s Saaransh, which India sent as its official entry to compete for the 1985 Academy Award for Best Foreign Language Film, however, Sanjoy Nag’s work in looking at the trauma of a mother, Arati Mishra (Deepti Naval) who has just lost her son in a road accident, goes further to explore a greater anguish in her.

The movie is beautifully scripted by Ghosh and shot by Soumik Haldar.

The son (who is never seen), an ad firm executive living in Kolkata away from his divorced, Delhi-based, mother, crashes his car after a late night party to celebrate his promotion. Three people close to him -  especially - boss Arnab (Rituparno Ghosh), who has special feelings; junior colleague, Sahana Chowdhury (Raima Sen), whose romantic yearnings for him are not reciprocated, and, of course, the mother are devastated.

Arriving in Kolkata to collect her son’s ashes, Mishra is completely shattered by a revelation she finds even more difficult to believe than her son’s death itself.

The movie, screened at the Mumbai Film Festival, is beautifully scripted by Ghosh and shot by Soumik Haldar…ideal for a discerning audience. Arnab’s agony at the loss is captured brilliantly, and Ghosh, better known as a director of films such as Abohoman, The Last Lear and Raincoat, conveys in an extraordinarily restrained performance the pain of having lost someone very dear. Unfortunately, Naval disappoints, failing to get deeper into the skin of her character, and Sen, an otherwise fine actress, has a limited part in a work that is moving and intimate.