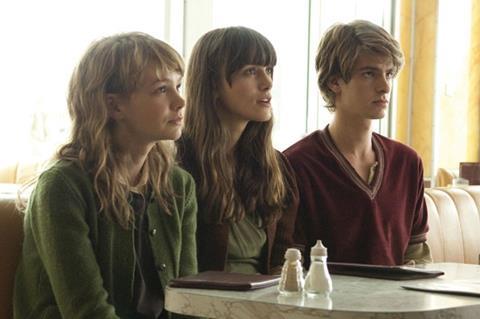 Never Let Me Go is an elegant, beautiful and delicately intriguing adaption of Kuzuo Ishiguro’s acclaimed novel, and while delightfully performed – with Carey Mulligan confirming her ability to carry a film – it oddly lacks the emotional resonance needed to drive the film towards larger audiences. There may well be nomination-support for this impressively crafted British film, and some reviewers are likely to go into raptures about its dark beauty, but it will be a challenge for marketers.

The film does have some moments of sublime filmmaking and beautifully mannered performances.

The three central performances by Carey Mulligan, Andrew Garfield and Keira Knightley are all impressive in their own very different ways, with Mulligan especially fine as the ‘voice’ of the story. Her youthful face perfectly captures the sadness and tender optimism of a young woman living the strangest of lives.

The film is set in an alternate British reality, opening in the 1960s at a remote school where Kathy (Isobel Meikle-Small), Ruth (Ella Purnell) and Tommy (Charlie Rowe) – all quite splendid – are part of an apparently happy group of boarding schoolchildren. We know something is not quite right because they accept that they should never leave the school grounds with a blind obedience; have electronic wrist bands that they must swipe every day and attend rather off-centre lessons – including, in one delightful scene, a lesson in how to order a cup of tea at a café.

Here they begin to hear rumours that if you are truly in love than your ‘completion’ (essentially the point when the bodies give out after too many operations) can be deferred. Kathy, though, opts to become a carer, a person giving support and solace to those having operations in the short time before they too are called to be harvested.

The love story between the three is delicately handled, with Keira Knightley impressive in essentially the villainous role as the girl who steals her best friend’s love. Her role is not as rounded as that of Mulligan and Garfield (and too often her fringe is asked to do more acting than she is), but at least her character’s emotional range is more broad than the others.]

Carey Mulligan is the tender centre of the film, her love never for Tommy never foundering, and displaying a stoical and sad acceptance of her fate. She is often quite mesmerising in this complex role. Andrew Garfield (the new Spider-Man) is quirkily feisty as the slightly touched Tommy, and while his performance jars at times, he is never less than watchable.

Elsewhere, Charlotte Rampling is perfect a the school’s tough but caring headmistress, while Sally Hawkins has a striking cameo as a teacher who tries to explain to the blank-faced children the reality of their lives. Where the film does excel is in the sheer perfection of the production design and the costumes, which go a long way to helping create the slightly off-kilter alternate reality. The film is also beautifully shot, with exceptional use of locations.

Screenwriter Alex Garland (who wrote the novel The Beach, and scripted 28 Days Later) does a fine job in subtly unveiling aspects of the story, but never really creates any real dramatic tension. We are intrigued by these characters, but never emotionally gripped by them. Where the film should be heart-wrenching and moving it simply feels downbeat and plodding.

Of course, that is part of the point of the story and Ishiguro’s source novel – to offer a subtle debate about medical experimentation – but it is delivered in such a bleak manner that it lacks a much-need sense of emotional involvement.

The film, though, does have some moments of sublime filmmaking and beautifully mannered performances. It is a very British film, driven by delicate and subtle moments rather than broad brushstrokes, and I suspect will linger in the memories of audiences rather than wow them on first viewing.

Screenplay Alex Garland, based on the novel by: Kazuo Ishiguro