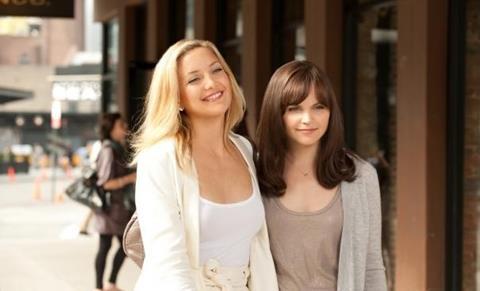 Perked up by winning performances from a strong ensemble cast, the film version of Emily Giffin’s chick lit bestseller Something Borrowed is a likeable summer romcom that could just make a mark as counter programming to the season’s line-up of male-oriented tentpoles.

Fans of the 2004 novel will provide a core audience when the film starts its rollout in the US and the UK on May 6. And if distributors (Warner domestically and independents elsewhere) play their marketing cards right they may be able to attract a broader – though still largely female – audience as well.

Ginnifer Goodwin, probably best known to romcom fans for He’s Just Not That Into You and TV’s Big Love, stars as Rachel, a good-natured but unhappy New York attorney. Rachel’s party girl best friend Darcy (Kate Hudson) is about to marry handsome lawyer Dex (Colin Egglesfield, in his first major feature role).  The love triangle story kicks off when Rachel admits to a college crush on Dex and the two fall into a secret affair that threatens the wedding plans.

The plot may be formulaic but as adapted by TV writer Jennie Snyder Urman the novel provides enough background business to keep things interesting. And while the tone is initially frothy director Luke Greenfield (The Animal) eventually steers the film more towards Woody Allen-lite dramedy (the Allen-esque feel is enhanced by attractive locations in Manhattan and the Hamptons).

Goodwin and Tom Cruise lookalike Egglesfield are cute and believable as the star-crossed lovers but the supporting performances are what elevate the film most. Hudson is fun as the domineering Darcy, John Krasinksi (from Away We Go and the US version of The Office) adds wit and heart as Rachel’s confidante Ethan and Steve Howey (from Bride Wars) does a nice turn as an irrepressible ladies man.

Screenplay: Jennie Snyder Urman, based on the novel by Emily Giffin