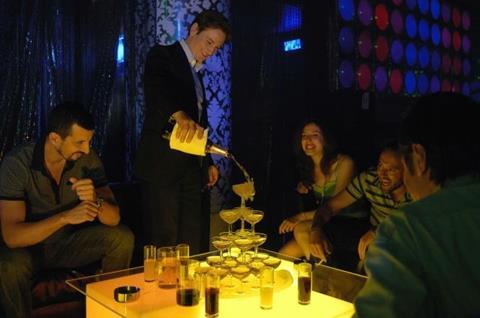 Cedric Anger’s second film after his accomplished 2007 debut The Killer, The Counsel is a by-the-book legal thriller with a nice sense of menace and some tasty performances. Ultimately unremarkable vis a vis the best of Hollywood’s mob pictures, it nevertheless has theatrical potential in its key French-speaking territories where it will open through SND later in the year. It had its world premiere as a Piazza Grande screening at the Locarno Film Festival last week.

Some international thrillers have performed well outside their home territory in recent years – including Sweden’s Millennium trilogy and France’s Tell No One – which could kickstart interest in this French language cousin to The Firm. Ultimately it might not be distinctive enough to rise above the crowd, slick though it is.

Benoit Magimel is the Tom Cruise of this particular thriller, a young ambitious lawyer called Leo Demarsan who graduates from law school with a job at the classy firm of Jacques Meco (Schroeder, effectively sinister as the senior partner). There, after weeks of small-fry cases, he is approached by Ben (Guesmi) who asks him to work on the case of a fellow employee at the waste disposal company where he works. The employee has been accused of murder and Ben insists he is innocent.

Leo gets the man off, a triumph which leads to his being approached by Ben’s boss Paul Vanoni (the always fascinating Melki), a suspicious but wealthy man who is facing a charge for illegally importing cigarettes. Leo succeeds in getting Vanoni acquitted and, with Meco’s blessing, becomes Vanoni’s ongoing counsel, helping to hide irregularities in the business and keep the books above board.

He also indulges in the perks of Vanoni’s lifestyle such as high living and prostitutes, even while his pregnant girlfriend Eve (Maiga) waits patiently at their swanky new house.

It soon becomes apparent to Leo that Vanoni is involved in the illegal dumping of toxic waste as well as murder and intimidation and his ethical position is put to the test when he is approached by the police to break his legal bonds to client and help them nail Vanoni once and for all.

The film works best when Vanoni suspects Leo’s treachery and Leo’s life starts to unravel; Anger and his confident lead Magimel do a good job of turning Leo from confident attorney to a man in fear of his life.