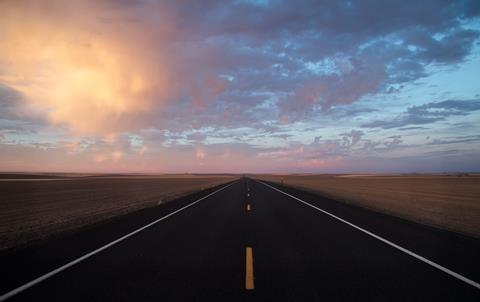 A glorious celebration of roadside Americana, artist Matt McCormick’s beautiful and often fascinating documentary may well appear a simple road trip on the surface, but in truth it is a delightful dip into the Great Northwest of the 1950s.

The Great Northwest is driven by some beautiful images of roadside America beyond the expressways.

In some ways the film would work easily as a gallery installation, but as film it works well as an enthralling road trip through a series of American states. The film had its world premiere in the Bright Future section of the Rotterdam Film Festival.

The premise of McCormick’s film is quite simple.He found a scrapbook in a thrift store that contained photographs, placemats, receipts, menus and other memorabilia relating to a road trip four fortysomething women – Bev, Berta, Sissie and Clarice - from Seattle took in a 1938 Plymouth around the North West of the US, covering 3,300 miles in total.

McCormick sets out to recreate the journey, following the same route as the women and observing what remains of the places they saw, the restaurants they ate in and the hotels where they stayed.

The Great Northwest is driven by some beautiful images of roadside America beyond the expressways. McCormick has a great eye and assembles some great images. It is a simple film – but also a very enjoyable and watchable one.