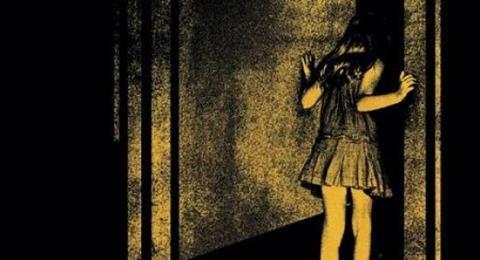 An effective, low-key ghost/mystery drama with a credibly unglamorous California setting and solid scare moments, writer-director Nicholas McCarthy’s The Pact isn’t a blindingly original genre piece but is quietly gripping, refreshingly willing to let an audience draw conclusions without the traditional last-reel plodding explanation for the hard-of-thinking, and boasts an excellent central performance which will do Caity Lotz’s career prospects no harm.

The Pact offers an exercise in misdirection as a noisy, violent, dangerous spirit turns out not to be the only (or even the major) threat to the heroine.

It might not frighten up as many ticket-buyers as the similarly pitched but more gimmicky Paranormal Activity films or Insidious, but is likely to stick around on DVD and download. The film screened at Sundance where it was picked up for the US by IFC Midnight, and opens in the UK/Ireland via Entertainment One in June.

A remake and an expansion of McCarthy’s 2011 short of the same title, The Pact opens with Nicole (Agnes Bruckner), a recovered drug addict/single mom, returning to the small tract house where she grew up just after her tyrannical mother’s death and being drawn to the Lynchian darks of an especially disturbing closet.

Anna (Lotz), her younger sister, turns up on a motorcycle, bristling with suppressed rage from her nightmare childhood, and assumes Nicole has just taken off on a bender.  Then Liz (Kathleen Rose Perkins), the sisters’ sensible cousin, also disappears from the house and Anna realises that there’s a psychic entity inhabiting her old home, which also has a hidden room neither of the sisters knew about equipped with peepholes and trap-doors.

Anna solicits help from a skeptical cop (Casper Van Dien, ageing nicely from his former Ken Doll plasticity) and a troubled psychic (Haley Hudson, outstanding in a tiny, crucial bit) – which leads her to the backstory of Judas, a serial killer who once terrorised the area, and ongoing mysteries about her own parentage and just exactly why her mother was such a nightmare to live with.

Like a run of ghost stories, including ancient and modern classics like The Uninvited (1944) and A Stir of Echoes (1999), The Pact offers an exercise in misdirection as a noisy, violent, dangerous spirit turns out not to be the only (or even the major) threat to the heroine.

It piles on the shocks a little too rapidly (one sudden bloody lunge parallels a moment in the currently-released Babycall) and the resolution might be a touch too oblique, but it’s a compelling, creepy picture that manages to be affecting without too much hand wringing.  It’s also likely to serve as a calling card for Lotz, who would seem to be an ideal candidate for all the parts Jennifer Lawrence is now too famous to take.