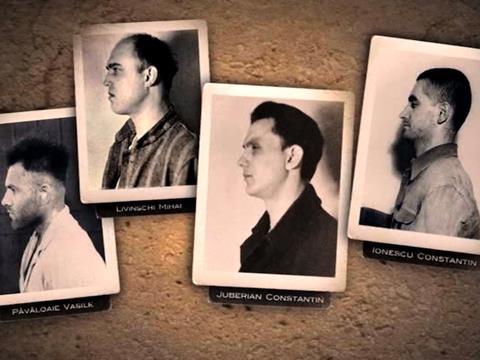 The Unmasking (Demascarea) is a powerful new Romanian documentary that reveals the terrible torture, humiliation and spiritual collapse that 600 young Romanian students endured as they were imprisoned after World War II by the new Communist regime.

The film is based on the combined statements of victims.

The film is made in a very straightforward manner – a series of talking heads explain what happened to them in stark detail – but it is extremely compulsive stuff, and the film should be a must for any festival focusing on human rights. Co-produced by a Romanian religious body there is some emphasis on religion and how the men’s faith was tested, but at the core this is a film about man’s inhumanity to man. The film screened at the Transylvania International Film Festival.

The script was conceived by the historian Alin Mureşan, author of two volumes dedicated to the Piteşti phenomenon, the period over several years when the students – many of them the brightest, and therefore most challenging to a new regime – were held in Piteşti prison.

In a matter-of-fact manner, some 60 years later six of those held describe the various methods of physical torture with psychological violence they endured as the prisoners were often forced to become abusers.

The film is based on the combined statements of victims who describe the stages and tortures that they were forced to go through and the changing spiritual frame of mind they experienced. The final part of the process was called ‘The Unmasking’ as the prisoners finally gave up on fighting against their ordeal and simply gave up hope.