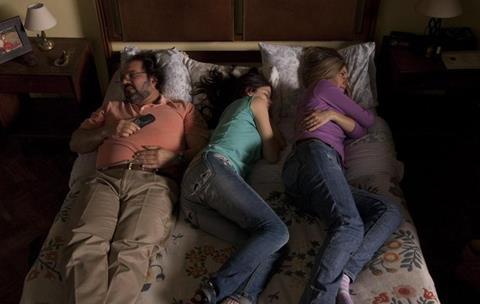 Uruguayan director Pablo Stoll Ward made a name for himself around a decade ago as the co-director of whimsical waster comedies 25 Watts and Whisky with the late Juan Pablo Rebella. After a stint as a producer, he’s back at the helm with this layered, observant but overlong family dramedy, which keeps suggesting that it’s about more than just the feelgood reunification of a splintered Uruguayan family – but never quite decides what that something else might be.

In a film whose main strength is the delineation of believable characters doing believable things, the story-led happy finale doesn’t quite ring true.

Strong on character but low on tension, laughs or thematic resonance, 3 is a surprisingly weary slog for the audience, given the lightness of touch of Stoll Ward’s earlier Moretti-esque comedies. Spanish-speaking territories may rise to the bait, but elsewhere this genre-defying product is likely to be a hard sell.

Refreshingly sparing with exposition, the script presents the family at the centre of the story in separate storylines which intersect only in the space of the apartment where Graciela (Bessio) lives with her late-teen daughter Ana (Ferreyra Palfy). Ana’s father Rodolfo (De Vargas), a portly doctor, lives with another woman who we never see in a flat that differs only slightly from the one occupied by his daughter and former wife (making us uncertain about interior spaces, which at times seem to merge into one another, is one of the director’s methods, thought the trick never really leads anywhere exciting).

Ana is a moody teen rebel with an almost permanently smug, provocative expression. She’s bright but in trouble at school as she keeps playing truant or giving teachers lip, and she’s not above stealing money from her adoring father (who overlooks it, bizarrely, as a harmless peccadillo). She’s also beginning to use her burgeoning sexuality as a bait and a weapon. Worn out by life and work, the strained Graciela is rarely at home, as in the evenings she visits an ailing aunt in a local hospital. It’s here that she meets Dustin (Guzzini), a fellow carer with New Age tendencies, who seems in build and character to be a stand-in for Rodolfo, or perhaps a reconditioned model that she hopes will work better.

Meanwhile, Rodolfo himself – a sadsack who feels sidelined by life – tries to inveigle his way back into his two women’s lives, spending time in their flat (to which he still has a key) indulging his obsessive compulsive tendencies by tidying up, doing some plumbing and eventually bringing the painters and decorators in.

If thirty minutes had been cut from the script and Rodolfo’s return to the nest had been foregrounded, it would have made for a better film. As it is, 3 loses itself in too many inconclusive narrative meanders and digressions that don’t give us enough extra character insight or do much for the dramatic structure of a serious comedy whose trajectory is, in the end, is a simple line from disunity to reconciliation.

There are some neat ideas in here nevertheless: for example, using musical tracks from the parents’ and daughter’s generation to reflect and comment on the story, together with other texts, from TV soaps to Dustin’s self-help books. But none of it is quite enough to make many bumps in 3’s dramatic flatline; and in a film whose main strength is the delineation of believable characters doing believable things, the story-led happy finale doesn’t quite ring true.