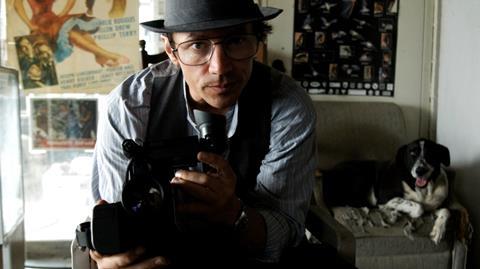 The dread of the end of days is sweetened with quirkiness in Obselidia, Diane Bell’s debut film about a Luddite librarian who shuns romance as he compiles an encyclopedia of everything that technology and the marketplace will push into extinction.

Obselidia meanders through magic realism in Los Angeles and the California desert with a cast of unknowns. Yet its well-meaning script and New Age wonderment about the fleeting nature of things don’t sufficiently break the mould to set the film apart from similar stories in the tough US independent marketplace. Without the active support of critics, Obselidia risks ending up on the shelf alongside much that we see gathering dust in the film.

Bell’s story follows shy librarian George (Michael Piccirilli) as he shelves books at work and heads home to type out his encyclopedia on an outdated typewriter, taking breaks to interview like-minded nostalgists on a an old video camera in sessions reminiscent of Steven Soderbergh’s sex, lies and videotape. He spurns women drawn to his bookishness until persistent dark-haired Sophie (Gaynor Howe) lures him on a road trip to Death Valley, in a scheme to maneuver the nerd into the now.

Bell’s ambitious script seeks a new and charmingly humorous perspective on consumerism and environmental decline, but leans on didactic aphorisms in the dialogue between George and Sophie, as the bells and chimes of Liam Howe’s new age score ring sympathetically.

Newcomer Piccirilli is every inch the librarian, with a quirkiness that seems lifted from a Michel Gondry film, and Gaynor Howe, a gifted comedienne, can be magnetic in close-ups.

Shot on a Red Camera, interspersed with grainy video interviews, Obselidia makes you feel present in its locations, whether in the desert or in George’s museum-like loner’s apartment.  Ironically, it’s a new technology that makes the film look as good as it does.