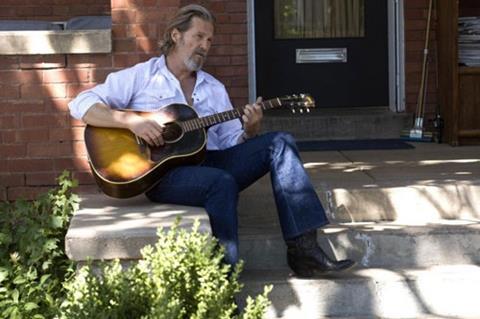 When Crazy Heart first came to Jeff Bridges he turned it down, partly because he had already done a music film in The Fabulous Baker Boys and partly because at that time there was no music attached. “Then I ran into my buddy T Bone [Burnett, who co-wrote the original music for the film] about a year later and he talked about Crazy Heart… that kind of was the thing that got me to the party.”

Picking up his fifth Oscar nomination, Bridges delivers a phenomenal performance as the alcoholic country singer Bad Blake, down on his luck and battling his demons as he starts a relationship with Maggie Gyllenhaal’s single mother.

Also nominated for original song and supporting actress (for Gyllenhaal) Crazy Heart is the first feature from director Scott Cooper. “It was a wonderful experience,” says Bridges, “and I’ve had great luck with first-time directors… Scott Cooper is one of the best directors I’ve ever worked with and one of the things I look for in a director is what his relationship with his subject is, and Scott was really steeped in country music.”

Bridges himself is a big country fan, citing the music’s honesty as its attraction. “I think why people like country music is because it’s honest and people will admit their flaws and sing about them and other people can see those flaws that are being written about and say yeah, that’s me too, and so it kind of brings us all together.”

Bad Blake certainly has his flaws, and his addiction takes him to the depths. Bridges explains: “I think with people like Bad, they start to develop a mythology about themselves almost because… country music is often about acknowledging how much you suffer and how tough times are and guys like Bad can create this story about themselves that, you know, where all my creativity comes from is this — this suffering.”