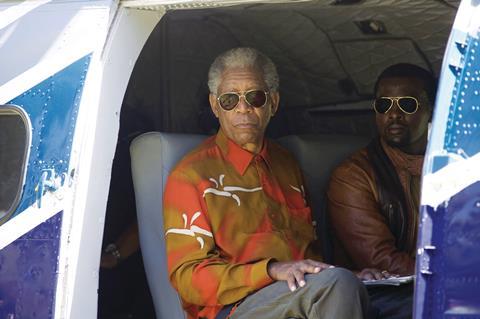 Morgan Freeman initially met Nelson Mandela to discuss playing him in a biopic based on Mandela’s autobiography Long Walk To Freedom. “I finally got on to saying to him if I’m going to play you, I am going to need access to you,” says Freeman, “so over the years that’s what has always been arranged.”

Freeman’s access to Mandela helped with the authenticity and minutiae of his performance in Invictus, the Clint Eastwood-directed film that focuses on Mandela in the run up to the 1995 rugby world cup, when South Africa was united by the national team beating the formidable All Blacks. “If you look he almost never uses his left hand for anything,” says Freeman. “He has a little mouth thing that he does… Those little things are what you’re looking for, you know.”

Mandela’s accent was also something that needed to be perfected. “I’m not one of those actors who’s facile with languages,” Freeman says. “By that I mean accents, so I will generally avoid trying to do them but I had to do this one so you know how you do it when you have to take a big test, you just angst over it for a long time and then the night before the test you cram.”

Invictus is Freeman’s fifth Oscar nomination. The film also picked up a nomination in the supporting actor category for Matt Damon.

It is the third time Freeman has worked with Eastwood. “He’s Clint Eastwood for God’s sakes so the first picture I did with him it was like I tried to put him on the pedestal and he wouldn’t go up there so, you know, just turned out not to be that kind of person. We work so well together, so easy to be with and then when we did Million Dollar Baby it was in a groove. This time I am just so relaxed with him that it was a lot of fun.”