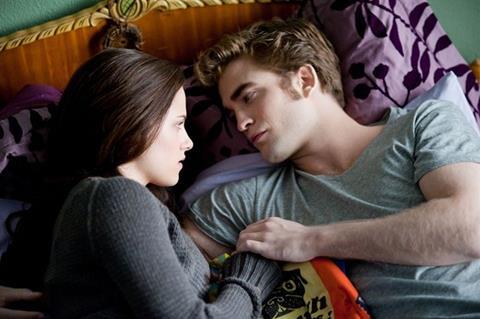 The Twilightseries seems to be marking time with Eclipse, a third instalment that adds a bit more male-oriented action to the mix but is at heart the same kind of moody vampire romance as its two young female-oriented predecessors. Given the loyalty of the ‘Twihard’ faithful that should be enough to continue the series’ phenomenal box office success even if it doesn’t do much to broaden the audience for the Summit Entertainment franchise.

Eclipse might fare better than its predecessors thanks to its higher action content and internationally flavoured cast.

Opening in the US through Summit over the July 4 holiday weekend, Eclipse is the first entry in the franchise to get a summer launch. The timing is likely to result in a huge debut followed by a quicker drop-off than those experienced by the original Twilight and last year’s New Moon (both of which opened in less competitive November slots).

In the international marketplace - where most openings are also set for July - Eclipse might fare better than its predecessors (both of which took less than 60% of their totals outside North America), thanks to its higher action content and internationally flavoured cast.

The new plot thread in this episode, once again adapted from Stephenie Meyer’s novel by Melissa Rosenberg, is the emergence of an army of ‘newborn’ - and hence, apparently, particularly nasty - vampires. The army has been formed to take on the good-vampire Cullen family and wreak vengeance on Edward Cullen (series heartthrob Robert Pattinson) by killing his human girlfriend Bella Swan (Kristen Stewart).

The episode also incorporates flashbacks relating how some of the Cullens became vampires and how the Native American ancestors of Jacob Black (Taylor Lautner) became werewolves. And it has a slightly less gloomy feel than its predecessors, with the story beginning and ending in springtime and including a side trip to sunny Florida.

The episode’s important dramatic conflicts, however, are simply carried over from the earlier films (and most are left unresolved when the episode ends). Bella still hasn’t given an answer to Edward’s marriage proposal (and consummating the relationship is still not on the cards). Edward still hasn’t agreed to turn Bella into a vampire. The Edward-Bella-Jacob triangle is still causing problems and the werewolves and the vampires still haven’t learned to just get along.

David Slade (who made gory 2007 vampire tale 30 Days of Night) takes over the directing chair from New Moon’s Chris Weitz and he lets the story unfold in rather static and talky scenes involving various permutations of the series’ three main characters.

Slade is more adept with action sequences, but the battle between the vampire army and the Cullens-werewolves alliance that is alluded to throughout the film is a long time coming and over quite quickly. The effects involved are fairly impressive but the sequence isn’t enough to make the film significantly appealing to male action fans.