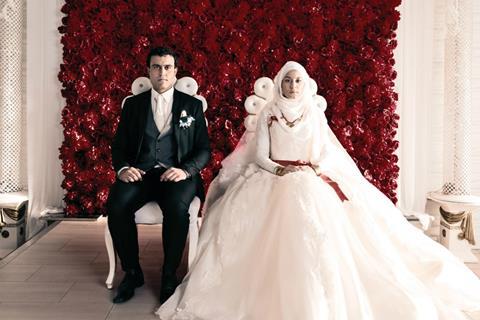 This clear-eyed, unsensational drama is based on a real event. In February 2005, 23 year-old Hatun Aynur Sürücü, a German woman of Kurdish descent, was shot dead at a Berlin bus stop in an ‘honour killing’ by her youngest brother. That’s giving nothing away about the film’s conclusion: from the outset, it makes no secret of the fate of the central character, who also provides a dispassionate narration from beyond the grave. While this is an astute device, it’s not without issues. The narration allows the character of Aynur (Almila Bagriacik) to be both a participant in the events which led up to her death, and to offer a commentary on them with the benefit of hindsight. And by preparing the audience for the worst, it also permits a lighter tread through a wrenching story.

This is a serious, sympathetic attempt to engage with the life of a woman who, while she rejected her family’s strict reading of Islam, loved them too much to entirely break contact. Further festival screenings are likely following from its Tribeca premiere. And the topicality of the themes should boost the film’s profile on television, VOD platforms or in a limited arthouse theatrical release. This is not the first time that US-born, German-American director Sherry Hormann has focussed on women’s issues: Desert Flower, based on the memoirs of Waris Dirie, dealt with female genital mutilation. That film’s significant box office success in Germany bodes well for the domestic release of A Regular Woman.

Here, Hormann adopts a slightly stylised approach – still photographs and video footage of the real Hatun are interspersed throughout, and the initial colour palette during a prologue which explains the arranged marriage of the 16 year-old Aynur to her cousin in Turkey is a striking combination of black, white and crimson. The red accent continues throughout the film, with each key character introduced with a bold, scarlet name caption.

The marriage is a failure, and a pregnant Aynur flees the violence of her husband back to her family. But there, the abuse continues, albeit a mental cruelty rather than physical. Aynur’s decision to move out and start her own life is viewed as a betrayal which has brought shame on the family. And her rejection of the headscarf and her German boyfriend prompts abuse and threats from her brothers.

There’s a fine line between giving a voice to the victims of honour killings and putting words into the mouths of people who are no longer able to speak for themselves. The slightly contentious issue with A Regular Woman is how closely allied it is with the real case of Hatun Aynur Sürücü. There is no distance afforded by a layer of fictionalisation and, ultimately, it’s impossible to know how closely the voice of the character in the film matches that of the young woman who lost her life. And it’s this – the element of presumption inherent in speaking for her – which may draw criticism. Yet, despite the tragic ending, Hormann permits a note of hope with a tribute to the people, mostly women, who worked to support Aynur in her chosen life.