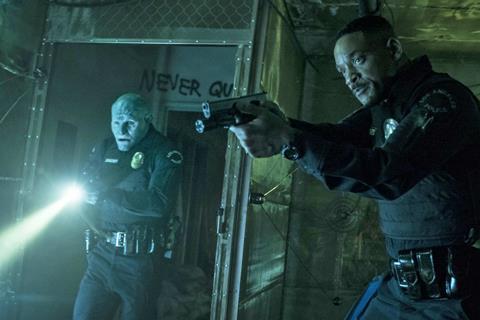 The Academy on Tuesday (December 19) said 341 films were in contention for the best picture category in the run-up to the 90th Oscar ceremony in March 2018.

To be eligible for consideration, feature films must open in a commercial motion picture theatre in Los Angeles County by midnight December 31, and begin a minimum run of seven consecutive days.

Under Academy rules, a feature-length motion picture must have a running time of more than 40 minutes and must have been exhibited theatrically on 35mm or 70mm film, or in a qualifying digital format.

Feature films that receive their first public exhibition or distribution in any manner other than as a theatrical motion picture release are not eligible for Academy Awards in any category.

Separately, seven features have made it on the Academy’s make-up and hairstyling shortlist. They include Netflix’s imminent release of the Will Smith and Joel Edgerton supernatural thriller Bright. The other titles are: Darkest Hour, Ghost In The Shell, Guardians Of The Galaxy Vol. 2, I, Tonya, Victoria & Abdul, and Wonder.

All members of the Academy’s makeup artists and hairstylists branch will be invited to view 10-minute excerpts from each of the seven shortlisted films on January 6, 2018.

Following the screenings, members will vote to nominate three films for final Oscar consideration. The Academy will announce nominations on January 23, 2018, ahead of the 90th Academy Awards ceremony on March 4, 2018.