Actor Gareth Tunley, a Ben Wheatley regular, spoke to Screen about his feature debut The Ghoul, a recipient of a John Brabourne Awards grant. 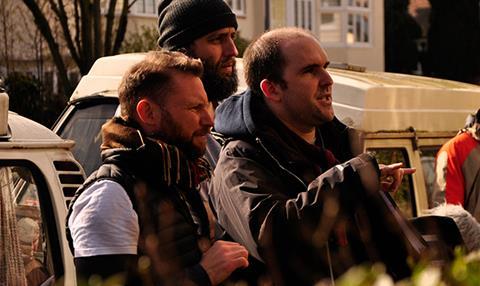 Shot at the beginning of 2014 and now in the late stages of post-production, Tunley’s first foray into feature filmmaking is a psychological thriller that follows a detective (Meeten) who goes undercover as a psychotherapy patient in an attempt to solve a murder case.

As he delves further, he begins to lose his grip on reality, eventually questioning whether the entire investigation may just be a fabrication of his mind.

“It’s got some of the narrative rug pulls of a sci-fi but it’s got the visual trappings of a suburban film noir.”

Tunley, whose TV credits include BBC comedy series Pixelface as well as Fresh Meat and The Thick of It, knows Lowe and Meeten from his time on Ben Wheatley’s films Sightseers and Kill List.

Wheatley is “an inspiration” says Tunley, particularly in terms of showcasing the capabilities of talented directors operating with considerable budget constraints.

“Initially, we only had ten days to shoot, plus five or six days for our ‘second unit’,” explains Tunley. “We often joked that the script needed to be good but the schedule needed to be a masterpiece.”

The film was also a recipient of a John Brabourne Award (JBA), an initiative run by the Cinema and Television Benevolent Fund to support those in film and TV “who are talented and driven but have faced hurdles in developing their career.”

In Tunley’s case, the JBA made the decision to support The Ghoul as a project, rather than supporting Tunley as an individual, which is their normal policy.

“I don’t think it’s an exaggeration to say it got the project made,” says Tunley, who also raised private finance to fund the film, which has yet to attach a sales company or distirbution partner.

“I was able to convince them that this was the best thing for my career,” he adds. “They were supporting me by supporting the film.”

Tunley now has his sights set on larger projects with greater budgets: “That’s the hope. I have all kind of ideas!”