Screen talks to Oscar-winning documentary maker Alex Gibney about new film Mea Maxima Culpa: Silence in the House of God, about paedophilia in the Catholic Church, which yesterday picked up the Best Documentary prize at the London Film Festival. 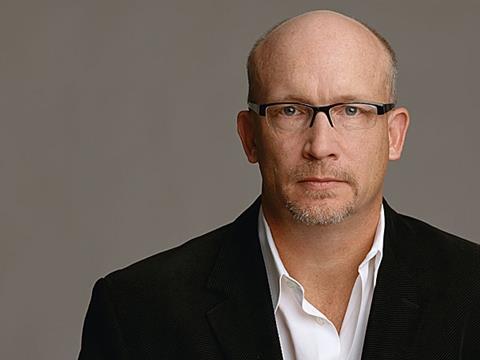 How did you come to this film?

I was raised Catholic, so this subject has resonance for me. I knew about the scandal, but I didn’t see an obvious story until this one came out in the New York Times. I was appalled by it, of course, but was also drawn to it. You can trace this crime all the way to the top. That part intrigued me.

The victims in your film were the first to publicly protest this issue in the US?

Yes, the film’s Milwaukee subjects were the ‘patient zeros’. Not the first ones to be abused but the first – that we were able to identify - to protest publicly. They have been trying to get their story heard for more than forty years.

How co-operative was the Catholic Church?

The church wasn’t receptive at all. There were some key individuals who were. I had wanted to talk to a man in Rome who had formerly been Pope Ratzinger’s chief prosecutor but that was impossible.

What surprised you most while making the film?

Things emerged as we went. There’s stuff out there that you never expect to find. We knew we wanted to make the connection with Rome, for example, which many other documentaries haven’t. When we were there we discovered a deaf school in Verona where a priest had abused many deaf children. How much more exact could the patterns be?

In another instance, it turned out the characters we had followed in Milwaukee had confronted their abuser but the video-tape had been lost. The question was: could we find it? We did and the moment captured on film was very emotive.

What stage are the Milwaukee cases at now?

The victims are getting more traction in their cases. The Church is putting up millions of dollars to block them - I think it has spent at least $7m in Milwaukee alone to try and prevent them from seeing Church owned documents. The Church has not given the victims justice, so they’re now trying to force justice on the Church through the legal system. The Church cares so much about power so it’s unsurprising that they are trying to resist them.

How is the distribution coming along?

It has an adventurous distributor in Italy in the shape of Feltrinelli who are aiming to do a stunt theatrical release with simultaneous screenings in multiple cinemas around the country. The initial theatrical will hopefully include priests and bishops grappling with the subject during live debates.

They’ll promote it through their bookstores with a specially created book and DVD. Scorsese’s George Harrison doc was distributed in the same way. This film could be very contentious and provocative in Italy.

Madman Entertainment has picked it up in Australia, where there have been a number of recent scandals, and Element has it in Ireland.

Have their been many publically reported peadophile scandals involving the Church in Italy?

You’re starting to hear more and that will continue. Nobody can keep secrets, not even the Vatican. Look at Vatileaks, for example.

From your research, how far back has this been a problem within the Catholic Church?

There are documents from the 4th Century talking about peadophilia in the church. But it has been kept quiet through secrecy and blackmail. One study blamed it on 60’s but that’s not true at all. What happened in the 60’s was that with the rise of therapy, people were able to talk about it. It had always been going on.

I have four films in post-production, on Lance Armstrong, WikiLeaks, Fela Kuti and the band The Eagles.

The Armstrong documentary was shot in 2009, but when the federal investigation started we stopped filming. With the most recent revelations we’re going back in and will do some more editing. Throughout 2009 I followed him around. I had quite a bit of access. I didn’t maintain contact after that but we’ll see if he’s willing to talk again. It’s hard in today’s climate. Just when you think you’ve nailed it, something comes out and you have to start it up again.

The Wikileaks project is almost done. We’re cutting and shooting the Fela Kuti one at the moment. I’m off to Paris to do that now.

I’m also talking to CNN about some projects. One is in development with them.

The documentary genre is flourishing. Why do you think that is?

Docs have gotten better. They’ve freed themselves from the TV news report format, the voice of God narrator-style. They’re formally innovative and address stories that are stranger than fiction and characters that are so rich and full of life.