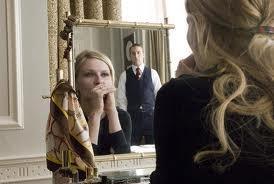 Inspired by one of the more infamous missing person’s cases in recent New York history, All Good Things angles to be both a character portrait of psychological unease and rot, as well as a true-crime thriller loosely in the vein of Changeling, The Black Dahlia and Hollywoodland. Beset with a series of miscalculated dramatic misfires, it is instead a melodramatic adaptation of a tabloid-style telenews-magazine murder-mystery, wearyingly overstuffed with baroque detail in an effort to prop up its legitimacy.

After a decently engaging set-up, the story’s domestic drift and eventual, more pronounced strife is all rendered in achingly familiar, beat-by-beat fashion.

A vague whiff of trouble hangs over this long-mothballed release, after both reshoots and director Andrew Jarecki eventually buying back domestic distribution rights from the Weinstein Company. Star Ryan Gosling is critically adored, but not yet a steady box office draw.

For this reason as well as lackluster word-of-mouth and critical response, theatrical prospects for All Good Things will be dim, though the eventual expansion of Gosling’s other holiday film, the raw, powerhouse relationship drama Blue Valentine, may yield a nominal uptick if it can stay around long enough in theaters.

The film’s factual basis lies in the life of Robert Durst, the scion of a wealthy real estate family who was suspected but never tried for killing his wife, who disappeared in 1982. With the names altered, young and aimless David Marks (Gosling) wears awkwardly the material and social rewards of his stuffy, aristocratic father Sanford (Frank Langella), whose business dealings are not entirely above-board. That changes when he meets Katie (Kirsten Dunst), a carefree spirit. They woo, wed and leave New York to open a health food store in Vermont.

Soon, though, the demons of David’s past (which include witnessing his mother’s suicide as a child) resurface, leading to all sorts of private turmoil and brutish acting out. One evening, Katie just disappears. The movie then pivots forward in time, portraying David’s strange life on the lam in Texas, where more murders seem to follow him.

Jarecki made a splash with the Oscar-nominated documentary Capturing The Friedmans, but in his dramatic feature debut he evinces little comfort for and skill with working with actors. While he and cinematographer Michael Seresin work up a compellingly dark and foreboding visual scheme, Jarecki makes counterintuitive editing choices that belie any efforts to truly get to know the supporting characters beyond anything other than types.

Granted, the screenplay consistently underserves its actors. After a decently engaging set-up, the story’s domestic drift and eventual, more pronounced strife is all rendered in achingly familiar, beat-by-beat fashion.

But Jarecki’s direction is not much better. He makes liberal use of tired dramatic markers more commonly associated with time-compressed television, like a whistling tea kettle to signify mounting tension. The heavy-handedness of these tactics undercuts Rob Simonsen’s otherwise effectively tremulous score, as well as any shot the movie has at establishing itself as a sincere picture of mental unraveling.

Gosling is an actor who trades in thoughtful nuance, and so his furrowed brow for a while communicates an intriguing inner awkwardness, until he is eventually encouraged to act out in ‘Big Ways’. In her first movie in a couple years, Dunst ably conveys the confusion of a woman who slowly awakens to the fact that she does not know her spouse. Notably, comedienne Wiig also gets to showcase more straightforward dramatic chops.