And then there were nine

Nine films are on the foreign-language film Oscar shortlist this year. Mike Goodridge assesses what was left off the list and which might go forward to the final five 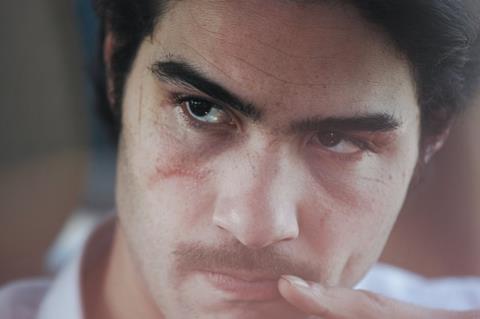 The Oscar shortlist of nine films for the best foreign-language category, whittled down from 65 official submissions, saw some surprise inclusions and some shutouts but was generally without the embarrassing omissions of previous years, such as 4 Months, 3 Weeks & 2 Days in 2008.

Cannes heavyweights The White Ribbon (picutred) (Germany) and A Prophet (pictured) (France) – both widely acknowledged as the year’s masterpieces - both secured slots in the final nine, while Claudia Llosa’s The Milk Of Sorrow from Peru, which won the Golden Bear at Berlin last year, and two other Cannes critical darlings, Samson & Delilahfrom Australia and Ajami from Israel, also made the shortlist.

The Academy foreign-language committee’s mainstream sensibility also embraced popular hits Winter In Wartime from Netherlands and The Secret In Their Eyes (pictured) from Argentina, while perhaps the two eye-openers in the selection were Ermek Tursunov’s Kelin (aka The Daughter-In-Law) from Kazakhstan, a harsh but beautiful tale of nomadic life in the fourth century, and Stephan Komandarev’s The World Is Big And Salvation Lurks Around The Corner from Bulgaria, a dramatic story of a German man with amnesia on a journey to his Bulgarian past.

Even though Academy foreign-language chief Mark Johnson has worked tirelessly to ensure outstanding submissions were not snubbed by the committees, there were some notable omissions. One has to assume the committees, largely composed of aged AMPAS members who have the time to see the alloted films, scowled with disapproval at daring, artful or quirky pictures such as Police, Adjective (Romania), The Misfortunates (pictured) (Belgium), I Killed My Mother (Canada) or Terribly Happy (Denmark).

China’s safe ploy of submitting Chen Kaige’s Forever Enthralled over the brilliant City Of Life And Death did not work. Nor did Chile’s decision to submit DawsonIsla 10 by Miguel Littin over Sebastian Silva’s popular The Maid, which previously won a Golden Globe nomination. Likewise the perennial Spanish snub of Pedro Almodovar, this time for Broken Embraces, failed to yield a place on the shortlist in favour of The Dancer And The Thief from former Oscar-winner Fernando Trueba.

Other fine films which failed to strike a chord included Bong Joon-ho’s delirious mystery Mother, Asghar Farhadi’s powerful About Elly from Iran and Ursula Meier’s Home from Switzerland, all three 2009 festival favourites. And Espen Sandberg and Joachim Roenning’s rousing Second World War drama Max Manus from Norway had all the ingredients of an Oscar contender.

Perhaps the biggest surprise was the failure of Oscar stalwart Giuseppe Tornatore to make the final nine with his Sicilian epic, Baaria. The lavish production, probably the biggest in Italy’s film history, may not have received unanimous critical affection but it features all the warmth, humanity, colour and cinematic sweep for which Tornatore, a former winner in this category, is famous. Still without a US distribution deal, the film would have surely benefited from an Oscar nod.

Too good to overlook

As to whether The White Ribbon or A Prophet will go forward to the final five, that is a question that can only be answered on February 2, since this particular Oscar category is never short of shocks and can never be second-guessed.

That said, those two epic films have been playing face-off since they emerged as clear favourites in competition at Cannes where The White Ribbon won the Palme d’Or and A Prophet the Special Jury Prize. Subsequently the Michael Haneke film has also beaten Jacques Audiard’s A Prophet to the European Film Award and the Golden Globe, although neither film is particularly Oscar-friendly. The White Ribbon is an enthralling mystery but, being a Haneke film, it refuses to give any conclusive answers as to who-done-it, and A Prophet is a hard-hitting and violent 150 minute drama about a North African in a French prison which is about as far removed from the ageing Oscar voters’ experience as could be imagined.

Perhaps 2009 is one year in which AMPAS voters will fall in line with every other jury that has had these two films in its selection. Perhaps these particular pictures are just too good to overlook.

Sony Pictures Classics (SPC) has domestic rights to both films, but the Oscar-savvy SPC also has rights to Juan Jose Campanella’s The Secret In Their Eyes, a leisurely thriller about pensioners falling in love whilerevisiting an old murder case. Now there is a film which has Oscar written all over it.