As If I Am Not There 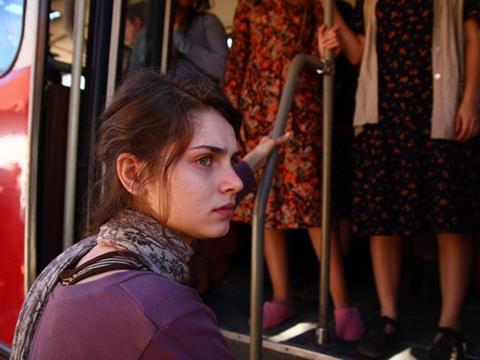 There may be good reasons for a young Irish director to make her debut with a Bosnian war drama, but they’re not immediately apparent in As If I Am Not There, a poorly-executed if sincere attempt to deal with the mass rape which took place in the Balkans at the end of the last century.

As If I Am Not There is evidently sincere and worthy; tackling a difficult and painful subject with obvious integrity.

Wilson, who produced Inside I’m Dancing, is highly ambitious, adapting the book by Slavenka Drakulic based on real-life stories from the war. But she is unable to pull it off. At a disconnect to its locale – even the early scenes come off like an amateur travelogue, complete with an intrusively twanging local score – As If I Am Not There suffers from a surprising lack of grounding and even scantier attempts at characterisation. Added to its lengthy scenes of rape, As If I Am Not There’s commercial future seems in doubt, at least in the form that premiered at the Sarajevo Film Festival.

Wilson has perhaps overburdened her inexperienced lead actress. As young Bosniak Samira, Natasa Petrovic seems cast adrift. First seen waving goodbye to her parents in Sarajevo for a teaching position in the mountains, Samira barely has time to register before she is rounded up and sent off to a camp where she is ritually raped by Serb soldiers.

As the indignities mount, so do the repeated close-ups on Petrovic’s agonised face in the Tenko-style camp she shares with other female victims. These women – and one child – are disappointingly treated as adjuncts to Samira, however, and throughout As If I Am Not There Wilson refuses to flesh out the supporting cast, or provide much of a plot. When Samira begins an affair with the camp’s Captain (the evidently more experienced actor Miraj Grbc), we learn nothing about him either, apart from the fact that he has a wife and child.

And, as a flash forward at the start of the picture indicates, Samira is soon to become pregnant. As If I Am Not There is evidently sincere and worthy; tackling a difficult and painful subject with obvious integrity. It’s impossible to criticise the director’s intentions, but, at the same time, this surely must register as a disappointment for those involved.