Ask the Experts: Which emerging directors and writers have you most excited?

To coincide with our new Stars of Tomorrow, international industry spotlight emerging talent. 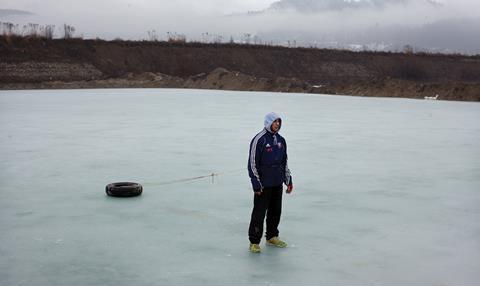 “Ivan Ostrochovsky is the Slovak director of Koza, a brilliant debut feature film about a retired Romany boxer. Ostrochovsky, who co-wrote the film with Marek Lescak, has an amazing eye and mind in dealing with this brutal material.”
Rebecca Lenkiewicz, screenwriter

“Working with Gerard Barrett on Brain On Fire, I’ve witnessed his strong vision and keen understanding of his audience. I have been amazed by this 28-year-old writer-director, whose previous features Glasslandand Pilgrim Hill both received critical acclaim.”
Rouzie Hassanova, vice-president, international licensing and distribution, Mister Smith Entertainment

“In the indie sphere Xavier Dolan isn’t a new name, but I want to see him under the mainstream spotlight. There is a relentless energy and unforgiving attitude about his films.”
Annie Fungsenior, manager, international sales, Turbo Films

“Isiah Medina, a young Canadian who has been experimenting with digital video essay-documentaries. His ecstatically beautiful feature 88:88 premiered at Locarno… and then Toronto… and then NYFF. The secret is out: this guy is going places.”
Efe Cakarel, founder and CEO, MUBI