Screen asked festival and awards season experts: ‘Which actor or director would you like to be stuck with in an elevator?’ 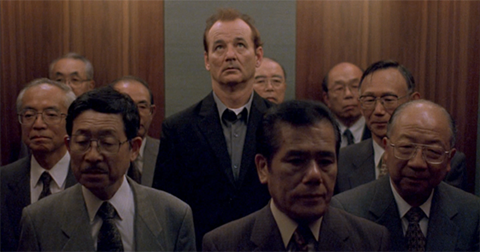 “Bill Murray. I have no idea what might happen, but the more I think about it, there’s nothing more I’d like to do right now than to find myself stuck in an elevator with Bill Murray.”
Hugo Heppell, head of investments, Screen Yorkshire

“I would love to be stuck in an elevator with Peter Strickland. I’m a big fan of his films and was blown away by The Duke Of Burgundy, which I saw in Toronto. I would thank him for bringing so much beauty and audaciousness to his art. I would then probably give him a hug and run away as soon as the door opened.”
Nathalie Jeung, sales executive, Le Pacte

“Without a doubt, Mike Leigh. I haven’t had the chance to speak with him in years. When I was a curator at the School of the Art Institute in Chicago, I organised a retrospective of his work. He could also give me suggestions about my other passion, London theatre.”
Alissa Simon, Palm Springs International Film Festival

“Probably Julianne Moore, because Maps To The Stars just came out in Germany, and I hear great things about Still Alice. I wonder what she’d say if I told her the first film I remember her in is Body Of Evidence!”
David Kwok, head of editorial content, Viewster

“Knowing that Ellar Coltrane from Boyhood kept Richard Linklater company for 13 years, I’m confident we could find something interesting to chat about for the 30 minutes we were in the elevator.”
Ryan Kampe, president, Visit Films