Kristin Scott Thomas talks to Mike Goodridge about her latest film I’ve Loved You So Long. 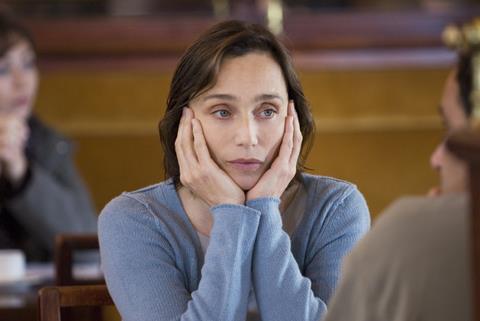 The star of I’ve Loved You So Long tells Mike Goodridge why the rawness of her character was liberating.

For Kristin Scott Thomas, the role of Juliette in Philippe Claudel’s directorial debut I’ve Loved You So Long was a liberating one. “Narcissism is something required of actresses very often and it’s very freeing to be able to let that go and not worry about what you look like. You can just go in there and be raw and naked, because that’s what I was interested in in playing this character.”

“Narcissism is something required of actresses very often and it’s very freeing to be able to let that go and not worry about what you look like.”

The film was shot on HD and eventually Claudel and Scott Thomas opted not to use any make-up for her character. “We decided to go naked,” she says, “which I think was worthwhile because even though it’s hard on the eye, there’s something fantastically human about just not caring.”

Fresh out of prison for killing her son, Juliette does not care about much on her return to society, neither for her adoring sister nor the people who want to care about her. “What drew me to the subject was to explore this feeling of being cut off from the rest of the world, of being abandoned and rejected and isolated. There’s a sort of transparent quality to her and you should be able to understand what she’s thinking because she hides nothing. She can’t be bothered. She just has no self-love at all.”

Scott Thomas, a previous Oscar nominee in 1996 for The English Patient, says that since its world premiere in competition at Berlin last February, the film has created a stir for a number of reasons, not least for addressing the topic of legalising euthanasia.

Indeed, she adds, the responses the film elicits in audiences have been emotional. “I think wherever the film has been released, people have told me that after seeing the film, they made the phone call (to estranged family members). People have been really strongly affected by this movie. It’s extraordinary the effect it has.”

Awards People: Screen profiles some of the lead contenders in this year’s awards race