Viola Davis talks to Wendy Mitchell on her role in Doubt. 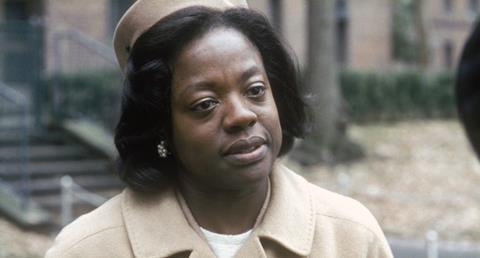 The actress prepared extensively for her key role in Doubt.

Viola Davis was so determined to land the pivotal role of Mrs Miller in Doubt that she started researching the role four months before she even auditioned.

“Meryl allows you to explore and is so generous, saying, ‘You tell me what you need me to do to help you move it along. She’s just a great acting partner.”

She had not seen the play but had heard John Patrick Shanley was adapting Doubt for the big screen. “I knew there was a fabulous role for a black actress and I knew Meryl (Streep) and Philip (Seymour Hoffman) were in the cast, and I said, ‘I want to do that,’” she remembers. Davis screen-tested alongside six other actresses but eventually won the role, as the mother of a young boy who may or may not be being molested by a priest at his new school.

“I wanted to justify her, to bring her to life in specific ways,” Davis says of her preparation. “I wrote this 50-page biography of who she was, her background, her home life, her relationship with her husband and son. So a human being began to form.”

That is a lot of work for screen time of just about 11 minutes. “There are small roles. Yet this was a small amount of screen time but a very fully realised character,” Davis says. “So that backstory was necessary.” Indeed, Mrs Miller’s scene, when she is called in to meet with Sister Aloysius (Streep), proves to be a crucial point in the film, revealing what is really going on in the boy’s complicated home life.

The character was honed during the cast’s three-and-a-half-week rehearsal. Playing against Streep was a particular highlight. “Meryl allows you to explore and is so generous, saying, ‘You tell me what you need me to do to help you move it along.’ She’s just a great acting partner,” Davis says.

And now she finds herself out of “comfortable anonymity” and making awards headlines herself. “It’s overwhelming but it’s wonderful,” she says.