Ruben Ostlund, the Swedish director of Force Majeure, tells Tiffany Pritchard about his lengthy casting process, the Titanic myth and his love of YouTube. 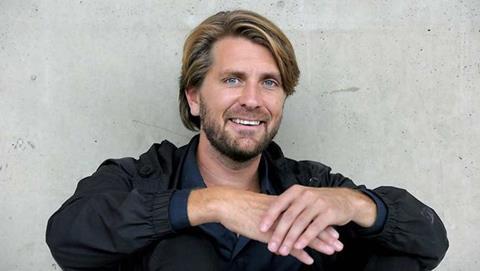 Swedish director Ruben Ostlund is a film-maker who is not afraid of conflict, especially with his fourth feature, Force Majeure. His biggest production to date — with a budget of about $5m (€4m) and with distribution deals in more than 50 territories — is sparking debate worldwide around gender responsibilities and expectations.

Inspired by a YouTube clip showing a family at a ski resort when a controlled avalanche strikes, the film-maker puts a spin on the narrative by having the father abandon his role as the archetypal protector.

“Since society, and Hollywood, still cater to the man as the action hero, the one who fights violence when the family is in trouble, it’s interesting to explore survival instinct, and the idea that your partner may not act as you want them to,” says Ostlund.

In his research, the director found sociological studies that revealed couples who survive hijackings frequently divorce; and that survivors from the Costa Concordia and other boating disasters are often male passengers and crew who leave the women and children in efforts to fend for themselves.

‘When we were auditioning, I told the men they had to go deep, and to be comfortable in playing a pathetic character’

“Titanic is a myth. When faced with stressful situations, people can do stupid things. In this case, the avalanche plays out the daily struggles we have in life and in relationships, disrupting the notion of the perfect nuclear family,” he says.

Casting played an important role for the film: it took Ostlund a year to find Lisa Loven Kongsli (who plays mother Ebba) and Johannes Kuhnke (father Tomas). During both auditions and rehearsals, the actors were pushed in efforts to attain their most authentic take on Sweden’s ideal couple.

“I want the actors to let me know if the dialogue doesn’t feel right, so we work closely together in fine-tuning the script. For me, it’s important that lines don’t feel forced, and that it’s conversation that flows
naturally, so I’m always amending the script throughout casting and production,” Ostlund says.

Tomas’s awkward crying scene has created a stir among film executives and audiences, with early test screenings in France indicating that some audience members wanted the scene to be omitted. But for Ostlund, a disquieting moment like this gives his films their signature mark.

A self-confessed YouTube fanatic, the director Googled ‘worst man cry ever’ to find inspiration. “When we were auditioning, I told the men they had to go deep, and to be comfortable in playing a pathetic character.”

The film-maker often demands 40 takes per angle in a scene. Motivational phrases such as ‘You can do it’ and ‘Don’t give up’ are used to encourage the actors near the end of the shooting day, the time when Ostlund feels he extracts the best performances.

But even for Ostlund, it was not easy to watch a man in tears. “We’re not used to seeing a male character like this. It was really tricky to shoot. We spent a lot of time in rehearsals. I told Johannes, ‘Don’t control the force in your body, just let it out.’ And he did, he just went for it.”

His shooting schedule was also dictated by his preference to film with a single camera in order to enforce intricate composition and framing. Key scenes, including the moment at dinner when Ebba drunkenly reveals her anger at Tomas, took four days to film — one day per actor — to help achieve the right level of emotion.

Further reinforcement to the natural feel of the film was aided by Ostlund and crew filming an actual avalanche in British Columbia, Canada, while the scene with the family at the ski lodge was shot in Les Arcs in the French Alps, a place where “most Swedish [people] flock to ski”.

The two shoots were married together in post at Gothenburg Studios using minimal special effects.

Compared to Gothenburg’s other home-grown film-making talent, Roy Andersson, Ostlund intertwines comedy and drama, believing the two go hand in hand, even in a time of crisis. Detailed trivial moments such as the question, “Isn’t there any parmesan cheese?” that is asked just before the avalanche hits or the comic relief provided by Mats (Kristofer Hivju) amid Ebba and Tomas’s argument are reminiscent of Andersson’s use of absurdist, dark comedy.

“I grew up watching Andersson’s commercials and films. He has always been an inspiration of mine, particularly as we both work hard to integrate Sweden into our films — whether it’s social and political issues, or our ability to laugh in the face of drama.”

A friendly rivalry is shared by both, particularly by Ostlund, who eggs on “the old man”, whose latest film, A Pigeon Sat On A Branch Reflecting On Existence, won the Golden Lion at Venice Film Festival in September.

This is the first time the two directors have had films on release at the same time. Force Majeure received the Un Certain Regard jury prize in Cannes, has snagged a Golden Globe nomination for best foreign film and is Sweden’s submission for the best foreign-language film Oscar.

Ostlund is now focusing on his upcoming projects. “I have received a few offers from America, but they are not the right projects — many of them centre around love and romance.

“If there were a possibility for me to bring the content that I have into the American film industry, then that could be interesting,” he says.

“Here in Sweden, I have a strong working relationship with the Swedish Film Institute and particularly Film i Vast that offers me and my production company a lot of creative control — this is something that is important to me.”

As his budgets increase, he does not rule out the option of continued co-productions, as well as an English-language film. “My producing partner, Erik Hemmendorff, likens these riskier budgets to [a YouTube video] of two men climbing up the Shanghai Towers,” jokes Ostlund.

The director’s next film is about a public square, highlighting Sweden’s growing homeless population, and as a result, an increase in gated communities. In the early stages of script-writing, the film would highlight a place where people are forced to take responsibility in helping others.

“We used to talk to people on the streets, and help each other. Now if you do that, you are looked upon as a threat. I want to examine the different ways we can change this notion. If you are tired, hungry, carrying heavy luggage — you could stand in the square and people would hopefully help. It’s a metaphor for society. What kind of rules should we have when it comes to empathy for others?”