We need to talk about Kate: Kate Winslet on 'Steve Jobs'

In Steve Jobs, Kate Winslet plays the Apple genius’s closest confidante and moral conscience. She tells Matt Mueller about looking out for Michael Fassbender and finding good roles in the industry. 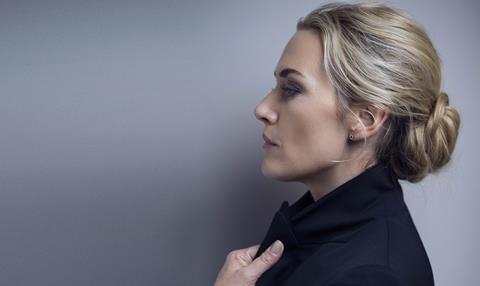 Kate Winslet, who is appropriately enough speaking to Screen on her iPhone, lets out a hearty chuckle when reminded she seems much keener to dive deep into a discussion about Michael Fassbender’s titular performance in Steve Jobs than she does her own in the film.

She plays Jobs’s confidante Joanna Hoffman, the woman who oversaw international marketing at Apple. “Oh yeah!” she hoots. “Honestly, I was so busy worrying about Michael when we were making the film.

So much of my focus was just gazing on him, watching him: how’s Michael doing today? Does he need space? That was my first priority.”

It is probably not very different from the role the real Hoffman played in Jobs’s life. The daughter of Polish-Jewish film-maker Jerzy Hoffman, she worked alongside Jobs at Apple and NeXT, the rival computer firm he set up in 1985 after being forced out of Apple before returning triumphantly to the fold in 1997.

“That’s probably true, but I’m not method — quite the opposite,” she says. “Danny will back me up on that one. But I think just because of the actual physical closeness that we had in these two roles, it was very necessary for me to always just figure out where he was at and kind of gauge what he would need and not need that day. I think it was more like me being a watchful friend to Michael.”

“I just wanted to be in the room with Michael Fassbender and Aaron Sorkin and Danny Boyle.”

Steve Jobs marks the first time the two actors have worked together. And while Winslet has worked with several acclaimed UK film-makers over the years, including Michael Winterbottom, ex-husband Sam Mendes and Stephen Daldry (who coaxed an Oscar-winning performance out of the actress in The Reader), it’s also her debut outing with Danny Boyle.

The two rose to prominence simultaneously in the UK (Winslet’s two breakthrough roles, in Peter Jackson’s 1994 film Heavenly Creatures and Ang Lee’s 1996 Sense And Sensibility, coincided with Boyle’s early rise with Shallow Grave and Trainspotting), but had barely even met before.

“We bumped into each other once backstage at the Jay Leno show, because the Slumdog Millionaire year [2009] was the same year I was at the Oscars with The Reader,” she says. “But really, my only experience of Danny was through hearing what other people had to say about him, all of which was extremely positive.

It’s funny with English actors and English directors — the rest of the world sort of assumes that we live on this very small island and bump into each other just walking down the street. And of course that’s not the case at all.”

Steve Jobs went through a few twists and turns before landing in the laps of Boyle and Fassbender (see page 12), the one constant being Aaron Sorkin’s screenplay, which he structured as a three-act play focusing on the lead-up to three product launches.

Boyle’s theatre-directing background encouraged him to build the shoot around three separate rehearsal blocks of 10 days followed by a chronological shoot for each act. It was this unusual approach that piqued Winslet’s interest and made her determined to land the role of Joanna Hoffman.

“That just sounded extraordinary to me,” says Winslet. “The truth is, before I read the script I almost didn’t care what it was about. I just wanted to be in the room with Michael Fassbender and Aaron Sorkin and Danny Boyle because I knew that would be a bloody exciting room to be in.”

Described as the woman who knew how to stand up to Steve Jobs, in the film Hoffman also serves as his conscience as he continues to turn his back on the daughter he doesn’t want to acknowledge. Some critics have also cited her as an enabler who turns a blind eye towards his hostile treatment of colleagues.

“I don’t know if I would describe her as an enabler, more as an observer,” Winslet demurs. “At the end of the day, she wasn’t his mother and she wasn’t his lover. She was his colleague and there was only so much she could do to tame the beast. He was an unstoppable machine in many ways but — and I know this to be true from the real Joanna — she really loved him, really cared about him. She saw the human being.”

While Winslet did spend time with the real Hoffman, she stresses the character in the film is a composite of several women in Jobs’s life (one of those women was his widow Laurene Powell, who doesn’t feature in the narrative but reportedly lobbied to stop the film from being made). “I would hear these stories and go, ‘Oh my god, really?’ But you know, it must be awful for her. He didn’t pass away very long ago.

“Steve was surrounded by many strong women,” she continues, “although perhaps none who stood up to him in the way that Joanna did. She was never intimidated by him. She described them as being more like kindred spirits. She said, ‘Steve Jobs, he was like a frat boy but you didn’t care.’ She had a strength that was just part of her DNA. She was never fazed by him. And she believed in his vision absolutely and felt it was her job to support it.”

The substance and mannerisms of Fassbender and Winslet’s on-screen relationship — their affection together, their physical ease — were discovered during the rehearsal process. She describes Sorkin as a “genius with dialogue — he writes the way that people think”, and also credits Boyle for creating the visual rhythm that would prevent the film from becoming a 187-page diatribe.

“Some actors hold their cards close to their chest and don’t want to reveal things until the day — all that bullshit.”

“Danny would say, ‘I’m so aware of people just talking in rooms, I want to keep the pace going’,” she says. “He always wanted to create motion and he never had an ego about an actor saying to Aaron, ‘How do you think I should say this? Am I doing it the way you intended it to be when you wrote it?’

He had no issue with Aaron saying, ‘Actually, no, it’s meant to be a joke and you’re not being very funny.’ Which Aaron said more than once to me.”

Winslet also marvelled at Fassbender’s intense focus and commitment. “I’ve never seen anything like it,” she says. “Some actors spend so much time panicking that they bring that atmosphere of panic into the room, or they might be holding their cards close to their chest and not wanting to reveal things until the day — all that bullshit.

You get none of that with Michael. He came into the room prepared, and by the time we got to Act Three, the guy was flying. It was as though he had air underneath his feet, partly because he didn’t have any more lines to learn but also because by that point he was Steve. It was mesmerising to be around.

“His portrayal of Steve really celebrates the man’s genius,” adds Winslet, whose own performance in the film grows alongside Fassbender’s. “At the end of the film, I don’t think you go, ‘Oh god, what an arsehole.’ I think you go, ‘Wow, what a man.’ I do. He changed the way we function and communicate today. It’s like he saw into the future and had all of this planned.”

Given strong, complex women have always been Winslet’s forte, Joanna Hoffman is another role to proudly line her CV. And while her Oscar and Bafta awards for The Reader came in the leading category, Winslet has little ego about needing to be the headline act in a project, which allows her to seek juicy supporting roles such as Hoffman (although she will also be in the frame this awards season for her front-and-centre role in The Dressmaker).

While Winslet’s reaction when she first heard about Steve Jobs was “What’s the girl’s part?”, she insists she doesn’t believe finding good female roles is any more difficult now than when she first started in the industry.

“I’ve been being asked that question for 23 years,” muses Winslet, who has just turned 40. “Is it difficult to find good roles for women? I don’t know because I’m not in the habit of phoning people up to say, ‘Hey, have you got any good parts?’

Look, acting careers are funny things. They ebb and they flow, and there are people who come in and are amazing and all of a sudden that one person appears to be in everything for three years on the trot. That happened to me. In 2005, ’06, ’07, ’08, I was in a lot of high-profile stuff. Then it died away a bit. I’ve always been okay with that. I tick along.”

2004: Eternal Sunshine Of The Spotless Mind

2005: Eternal Sunshine Of The Spotless Mind