Wim Wenders & Juliano Ribeiro Salgado, The Salt of the Earth

Wim Wenders and Juliano Ribeiro Salgado tell Elbert Wyche how they had to beat their own egos on documentary The Salt of the Earth. 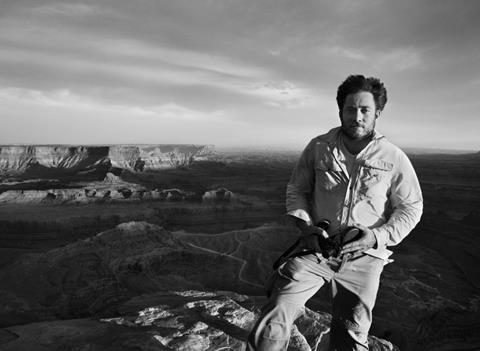 The Salt of the Earth examines the life and work of the renowned Brazilian photographer and environmentalist Sebastiao Salgado through interviews with the man himself and narration provided by the film’s co-directors, Wim Wenders and Salgado’s son, Juliano Ribeiro Salgado.

The two took differing approaches to their subject: Wenders was keen to showcase Salgado’s work through interviews, while the younger Salgado, a Paris-based writer-director, chose to follow his father on his epic journey around the world on his acclaimed Genesis project, photographing remote people and places untouched by modern life.

They initially shot separately. “Juliano and I could have each made beautiful films,” says Wenders. “But we realised if we forgot who shot what and treated it all as one, we could make a film that would be better than the films we would have done separately.”

While the concept of co-directing seemed the right approach, its execution proved more problematic. “We fought for quite a while and edited separately,” Wenders explains. “Juliano was doing his journeys and I was doing my interviews.”

The two men had to get to a place where they were able to edit each other’s footage. “That is a difficult process because as a director to let somebody cut your stuff is the pits,” admits Wenders. “You have to overcome a lot of pride and some ego trips in order to accept it.”

‘To let somebody cut your stuff is the pits. You have to overcome a lot of pride’

Salgado adds: “Collaborating with someone else, even if it’s one of the great film-makers, is very difficult. Luckily for me, it was a learning process. It has been an amazing collaboration.”

The two considered structuring the film with no narration, but ultimately decided their subject was too rich and the material too deep to go without it. “We felt nobody was going to be able to feel what only a voice could deliver,” says Wenders. “Or in this case, that only two voices could deliver. Then we had to figure out how to do a film with two voices.”

Wenders would provide the first round of narration with the younger Salgado providing the next. But the experienced Wenders knew he had to find a way to work his co-director into the narration mix. “There’s this dirty trick that I played on Juliano. I started editing in his baby pictures in order to get him in as narrator,” Wenders laughs.

It made sense to Juliano that his story be interwoven with that of his father and mother, Lélia. “One day I came into the editing room and I saw a new sequence Wim and our editor had done,” he recalls. “I said, ‘Wow, it’s a baby. It’s me. What?’ But it was in a very sweet way.”

The film allowed Juliano to view his father in a new light. He had what he describes as a “conflicting relationship” with his father. Growing up, the younger Salgado heard stories of his father’s adventures but seeing his father through the lens of Wenders’ interviews gave him a completely new perspective.

“All of these experiences he had lived, what effects they had, how much pain he had to overcome - how beautiful,” he reflects. “I understood him better and when we met again, we had become friends. We had overcome our barrier.”

Wenders has admired and followed Salgado’s work documenting people and communities devastated by war, poverty and industrialisation for nearly 30 years. Making The Salt of the Earth gave him the opportunity to really get to know the photographer.

‘Collaborating with someone else, even if it’s one of the great film-makers, is very difficult’

“I discovered just how dedicated he was,” says Wenders of Salgado, who had chosen to put down his camera for several years after becoming so stricken by what he was photographing.

“He invested so much of his life into these photographs in order to have the right to walk away with the pictures that he took. He spent weeks and months where other photographers come in and the next day they leave again. This man stayed.

“Going into it, I thought - we thought - we were going to make a movie about a photographer and it dawned on me as we were shooting that it was a much bigger story. This was not just about photographs, it was about humanity and about nature.”