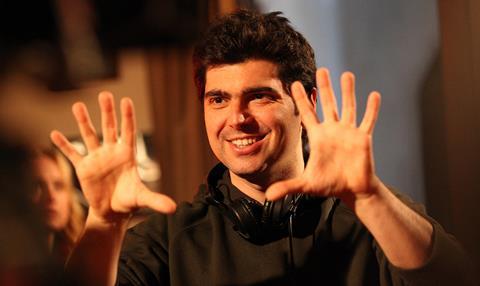 “It’s a powerful gangster-crime melodrama which we’re describing as Johnnie To meets Michael Mann. It mixes an auteur element with action,” said Minerva Pictures chief Gianluca Curti who is producing the film alongside Gaetano Di Vaio of Bronx Film.

Fortunato Cerlino, best-known internationally for his role as mafia clan chief Pietro Savastano in Stefano Sollima’s Gomorrah, and Michele Riondino, of The Young Montalbano fame, will play Peppe and Francesco, two flawed but dedicated officers who work closely in the falcon squad.

Other cast members include Claudio Amendola, seen most recently in Sollima’s Suburra, who will play the Falcon unit’s chief Marino and Stefania Sandrelli, who will play a Naples figure known as Lady Arianna.

“It has an amazing cast drawing on the stars of Gomorrah, Suburra and The Young Montalbano. We have three great actors who have been seen in three TV series that have sold to more than 100 countries worldwide,” said Minerva Pictures chief Gianluca Curti who is producing the film alongside Gaetano Di Vaio of Bronx Film.

Budgeted at €1.5m, the film is due to start shooting on April 4 in Naples for seven weeks. Koch Media Italia has acquired Italian rights for a November 2016 release.

Other titles on Minerva’s EFM slate include Deep In The Wood, revolving around a child’s disappearance, and Mimmo Calopresti’s drama One for All.