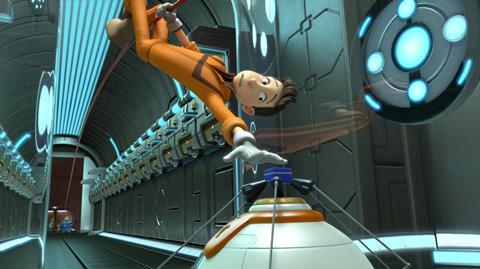 It charts the story of Sam (Kitsch), a lowly robot mechanic who must use all his talents to save his city and his true love Sue (McCurdy) from the crazed machinations of evil genius Oscar (Kravitz) and robot henchman Victor (Woods).

The deal was concluded by Jessica Labi,VP of acquisitions at Momentum Pictures and Celsius’ Thierry Wase-Bailey.

“We are extremely excited to represent this beautifully animated film, an entertaining movie for the entire family,” said Berry Meyerowitz, president of Momentum Pictures.

“We are delighted to be partnering with Momentum; Bling is certainly in the best of hands,” added Wase-Bailey.

Entertainment One re-launched the Momentum brand last year as a multi-platform label specialising in digital and ancillary exploitation.