Some of the movie world’s biggest names as well as relative newcomers and a fashion designer-turned-film-maker are among the chief contenders for this year’s best director awards. Mike Goodridge assesses the field 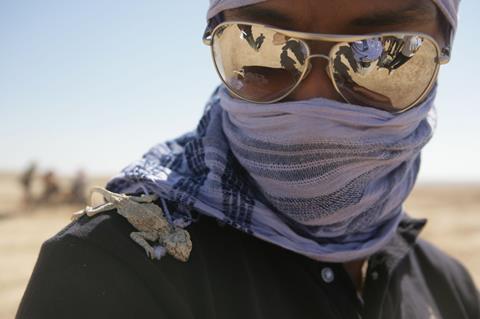 Could Kathryn Bigelow become the first woman to win the best director Oscar in Academy history? Her chances are looking strong after an end-of-year swell in attention which saw both New York and Los Angeles critics bodies giving picture and director kudos to The Hurt Locker and the HFPA bestow a trio of Golden Globe nominations in picture (drama), director and screenplay categories.
Previous nominations Academy Awards (none); Bafta (none); Golden Globe (none)

Already one of the hottest film-makers in Hollywood after just three films, Reitman stands a real chance of an Oscar win this year — most likely in the adapted screenplay category but, if Up In The Air is on a roll, in the director category as well. The film is catching fire with voters and being embraced as a smart character-driven film in the face of the action, sci-fi or violence delivered by Reitman’s biggest competitors: Bigelow, Cameron and Tarantino.
Previous nominationsAcademy Awards (1) Juno (2007, director); Bafta (none); Golden Globes (3) Up In The Air (2009, picture — drama, director, screenplay)

Precious:Based On The Novel Push By Sapphire

Daniels is a former manager and producer whose second film as a director, Precious, has rocketed him on to the A-list. Although omitted from the Golden Globe director shortlist, the outspoken film-maker was nominated for a Critics Choice award and he has to be an Oscar contender since Precious works because of his directorial stamp.
Previous nominationsAcademy Awards (none); Bafta (none); Golden Globes (none)

Marshall showed a lot of chutzpah in his dramatic reworking of Maury Yeston’s stage musical Nine for the big screen. From coralling one of the biggest star casts assembled in recent memory to combining musical numbers with drama, fantasy with reality, the film represented one of the year’s biggest challenges for a film-maker.
Previous nominationsAcademy Awards (1) Chicago (2002); Bafta (1) Chicago (2002); Golden Globes (1) Chicago (2002)

Quickly casting aside any doubts that A Single Man was a self-financed vanity project, fashion icon Ford proved he was a director of vision, style and confidence with his first feature. He is both visually and dramatically meticulous, and coaxes revelatory performances from his leading cast members.
Previous nominationsAcademy Awards (none); Bafta (none); Golden Globes (none)

The 30-year-old South African managed to secure the patronage and producing talents of Peter Jackson on his first feature, inspired by his 2005 short Alive In Joburg. The results were one of the best-received mainstream releases of the year, a bold science-fiction film notable for its fine special effects, bravura handheld cinematography and astute apartheid parallels.
Previous nominationsAcademy Awards (none); Bafta (none); Golden Globes (none)

Also In contention The Next 20