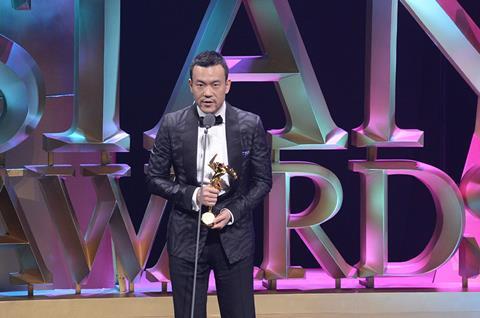 Best actress went to Korea’s Bae Doo-na (pictured at right) for A Girl At My Door, while Japan’s Ikewaki Chizuru won best supporting actress for The Light Shines Only There. The best newcomer went to Zhang Huiwen for her role in Zhang Yimou’s Coming Home.

Best music went to Mikey McCleary for Indian drama Magarita, With A Straw. The award was accepted by the film’s lead actress, Kalki Koechlin, herself a nominee for her performance as a woman with cerebral palsy.

The ceremony was held at the Venetian Theatre at the Venetian Casino and Hotel in Macau. This year marked the second time that the awards were organised jointly by the Hong Kong, Busan and Tokyo film festivals through the Asian Film Awards (AFA) Academy.

The AFA Academy is now embarking on a year-round programme of talent development and other events.